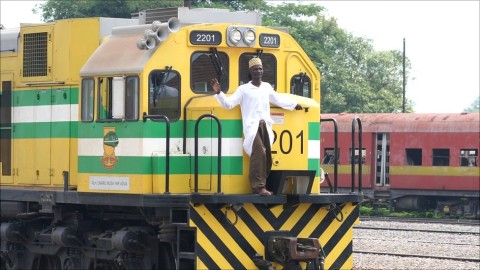 The House of Representatives has said it will within the next 48 hours issue bench warrants on the chief executives of 14 companies for failure to appear before the Ad-hoc Committee investigating the handling of rail projects in the country from 2010 to 2014.

Committee Chairman Johnson Agbonayinma (PDP-Edo), told newsmen in Abuja on Thursday that the companies’ refusal to appear before the committee after series of invitations was an affront on the Legislature and Nigria in general.

Others are ANSALDO-A3&O Limited, A3&O Wireless Limited, Gear Holdings and ANSALDO South Africa in connection with N10 billion contract to upgrade the signaling and telecom system in the narrow gauge lines.

He said it was pertinent to note that the call to investigate the rail contracts awarded and the contractors executing them was basically to ascertain the level of performance and that the refusal of the companies to appear or respond to the ad- hoc committee represents disregard to the invitation and contempt for the House’s intentions.

He further expressed worry that some of the companies could no longer be located at their official addresses, adding that the Nigeria Railway Corporation as Clients to the contractors will be compelled to produce those that failed to honour the invitations.