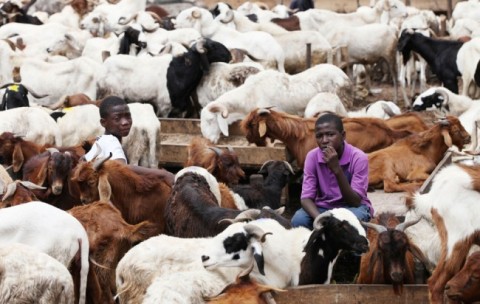 Residents of Lagos State have complained about the tight economic condition, the rise in prices of commodities and the lack of funds to purchase goods in preparation for the upcoming Muslim Eid El-Kabir festival. 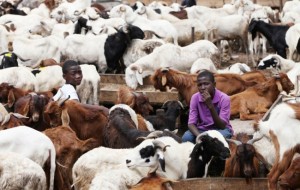 On his own, Emmanuel, a trader in Ikotun market attributed the lack of patronage to the recent resumption of school pupils, adding that most people have spent a lot to pay their children school fees. Yakub, another trader in Ikotun market blamed the poor patronage on the poor economy, adding that it has affected his preparation for the upcoming Eid El-Kabir festival, “I can’t travel to my village to celebrate Eid El-Kabir, I can’t even afford a ram” he said.

The Sunday market in Ogba is no exception, food stuff prices have not increased yet but the traders are also complaining of low turnout of customers. Chinedu, a trader in Ogba market is optimistic that patronage will pick up as the Eid El-Kabir approaches. Mrs. Ajayi who also trades at the market lamented, “Things are more expensive in the market even more than last year, there is no money to buy, people are not patronizing us, and sales are low”.

Ram sellers also lament over low patronage. Kudus, a ram seller at Iyana Ipaja said, “I sell ram, and many people have not come to buy, because ram is now expensive. Customers are complaining that they do not have money”.

Mrs. Lawal, a trader at the Agege ram market said, “no sales here, customers are complaining that they don’t have money, even the ram we sell is expensive, the North is a no go area because of the killings, so little ram here in the west is now expensive.

Many who visit the ram stalls can only price and promise to return later to buy as the price of ram is more than what they budgeted for, Mr. Saheed, who patronized the Agege ram market said, “I also came here to buy ram, but I can only window shop and purchase latter because the prices of these rams are too high, there is no money in circulation, the politicians are hoarding money for the next election.”