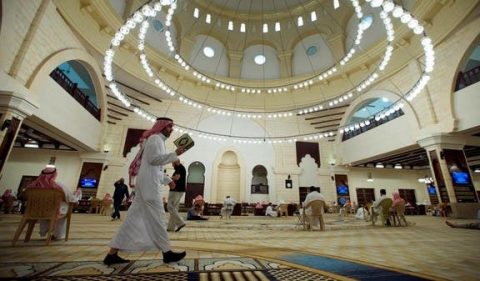 (AFRICAN EXAMINER) – The Ministry of Islamic Affairs in Saudi Arabi has issued a directive that Mosques are to reopen for Friday prayers this week, The African Examiner reports.

According to the ministry in a circular it issued, stressing that as the Kingdom relaxes measures to stop the spread of COVID-19, mosques will be open to the public for the weekly prayers from May 31 until June 20, except in Makkah.

The circular which was issued by mosque staff by Sheikh Abdullatif bin Abdul Aziz Abdul Rahman Al-Sheikh, the Islamic affairs minister stated that windows and doors must always be open

He said: “Worshippers must keep two meters apart and leave a row of space empty between each row.

“They must also wear face masks at all times, bring their own prayer mats and perform ablution at home.”

“Imams must ensure worshippers avoid crowding when entering and exiting the mosques and children under 15 are not allowed to enter.

“Water coolers and the distribution of food and drinks are not permitted, as well as incense and miswak, which is used to clean teeth. Mosques must also close all toilets and places of ablution.”

The ministry added that the Hajj and Umrah pilgrimages, which attract millions of travelers from around the world, will remain suspended until further notice.