Security Beefed Up as Mogadishu Set to Host IGAD Summit 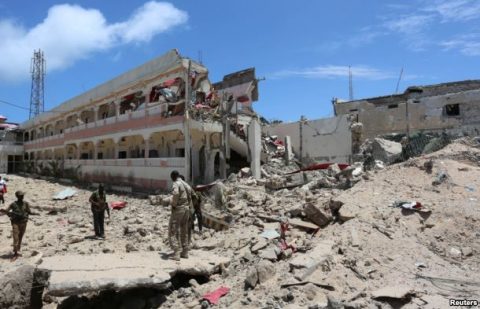 Somalia’s capital, Mogadishu, considered perhaps the most dangerous capital on Earth only a few years back, is preparing to host the 53rd summit of the Intergovernmental Authority on Development this weekend for the first time, following decades of civil war and instability in the Horn of Africa state.

Leaders from all eight members of the IGAD bloc – Djibouti, Ethiopia, Kenya, Somalia, South Sudan, Sudan and Uganda – are expected to attend the summit, diplomats said. It will focus on political and security progress made in Somalia, the country’s upcoming 2016 elections, and the political crisis in South Sudan.

In an interview with VOA, Somalia’s Foreign Minister Abdisalam Omer Hadliye said this would be a historic moment for Somalia.

“It is the first time Mogadishu or Somalia in general hosts such a high-level summit for more than 30 years. We see it as a historic signal and message to the world saying, ‘Somalia is coming back,’” Hadliye said.