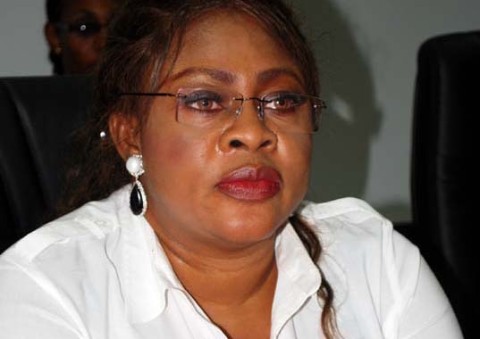 A civil society group, Socio-Economic Rights and Accountability Project (SERAP) has issued a public appeal to President Goodluck Jonathan to “urgently order the sale of the two armored BMW cars reportedly bought with funds from the Aviation Ministry, and to use the accrued funds to provide compensation to families of victims of recent air accidents and use part of the funds to set up a Trust Fund to jump-start genuine reform of the aviation industry.” 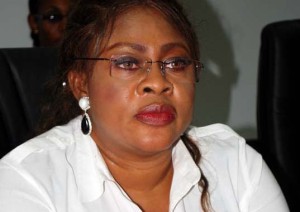 The organization said that, “Selling the cars as proceeds of corruption and using the funds to pay compensation to families of victims of persistent air accidents would also have the great additional benefit of reining in endemic corruption in the sector as perpetrators would know that they would not be allowed to profit from their crime.”

The organization also asked the president “to publicly assure Nigerians that the whistleblower that leaked the information of the two BMW armoured cars bought for Aviation Minister, Ms. Stella Oduah will be fully protected from any harassment, intimidation or persecution by the authorities.”

In a public appeal dated 20 October 2013 and signed by SERAP executive director Adetokunbo Mumuni, the organization said that, “The reported diversion of $1.6 million (N255 million) to pay for two cars by someone that should normally be the number one safety official in the aviation ministry illustrates the level of corruption in the sector, and explains why people’s lives have been repeatedly messed with by those entrusted with air safety and security in the country’s aviation industry.”

According to the organization, “The cost in human lives of this diversion of critical funds is incalculable, and the president can no longer continue to treat this as normal as corruption in the aviation industry continue to cause so much suffering and misery for millions of families across the country.”

“As the overall supervisor and boss of the Aviation Ministry, President Jonathan should now show leadership not only by ensuring full accountability in this case but also making sure that the management of the Ministry is fully compliant with anti-corruption legislation and treaties that Nigeria has ratified, and to proactively ensure the full implementation of these laws and treaties for the sake of safety of millions of Nigerians who daily travel through our airports,” the organization also said.

According to the organization, “This report of corruption and mismanagement in the Aviation Ministry is not just an isolated incident but shows a complete lack of transparency and accountability in the aviation industry that starts from the very top. Diversion of critical funds from the Aviation Ministry for personal use has unarguably made the aviation sector unsafe, messed with people’s lives and brought so much suffering and misery to many families and the public in general.”

The organization said that, “A corrupt Aviation Ministry clearly will lack the moral authority to effectively carry out important oversight functions or to ensure due diligence regarding the registration and operation of aircraft with safety concerns.”

“Without addressing corruption in the aviation industry the country will continue to struggle to meet global standards in the sector. In this respect, the president should ask anticorruption agencies and civil society to monitor the spending by Ministry of Aviation on everything from airport safety to fleet maintenance and pilot training and certification,” the organization added.

“This diversion constitutes a serious breach of the Independent Corrupt Practices and Other Related Offences Commission (ICPC) Act and the UN Convention against Corruption to which Nigeria is a state party. High ranking corruption in the Ministry can only continue to make the aviation sector unsafe for Nigerians and thus exacerbate the increasing level of violation of the citizens’ human right to life and to security and dignity of the person,” the organization also said.

The organization further said that, “The endemic corruption within the aviation industry exposes the Achilles’ heel of this government supposed people-oriented agenda for economic reform and development.”