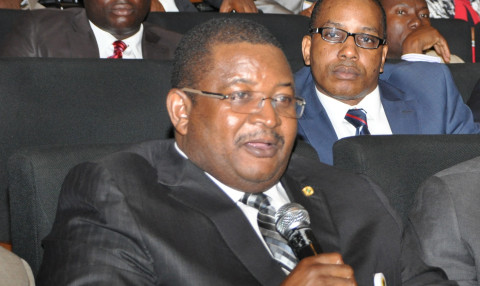 The Senate Committee on Finance has given the Nigerian National Petroleum Corporation, NNPC a clean bill of health after investigating the allegation of non-remittance of $49.8 billion to the Federation Account by the corporation. 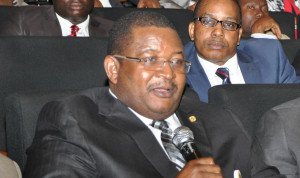 Recall that the former Governor of the Central Bank of Nigeria, Mallam Sanusi Lamido Sanusi through a letter to the President, which was leaked to the press, alleged that the money was missing from the Federation Account between January 2012 to July 2013.

However, after months of painstaking perusal of volumes of documents and presentations made before it by all relevant stakeholders, Senator Markafi led Committee cleared the Corporation of any missing or unremitted 49.8billion as alleged by Mallam Sanusi.

On the other allegation of unremitted $20billion, the Committee in its findings declared that what is in dispute is the sum of $218, 069, 354 ( two hundred and eighteen million, sixty nine thousand and three hundred and thirty five us dollars only) being what it considers the Federation Account share of the Third Party Financing arrangement.

It also noted that another sum of US $ 447, 817, 884 being what it considers as outstanding Federation Account share from the US $ 6.815 billion liftings by NNPC on behalf of the NPDC, remains in dispute.

Also in dispute is the sum of US$262 million being expenses incurred by the NNPC in respect of Holding Strategic Stock Reserve, Pipeline maintenance and Management Cost/ Capital Expenditure.

The report surmised that based on the foregoing what is left unreconciled amounts to USD 928, 187, 238 (Nine hundred and Twenty Eight million, one hundred and eighty seven thousand, two hundred and thirty eight US dollars only) and not the widely acclaimed US $20 billion USD or the bogus USD 49.8 billion by the then CBN governor.

On the expenditure incurred by the Corporation on subsidy which was not captured by the appropriation Act, the Committee advised President Goodluck Jonathan to prepare and present to the National Assembly supplementary budget to “cover the expenditure in the sum of N90.693 billion (US$585 million) for PMS subsidy 2012 and the sum of N685.910 billion (4.430 billion) for kerosene subsidy expended without appropriation by the National Assembly in 2012 and 2013’’.

The Markafi Committee however gave some hard knocks to the Ministry of Finance, CBN and the NNPC for lack of coordination in record keeping with regard to Crude oil precedes remittances.

“Inter-agencies reconciliation meetings between sensitive economic institutions such as Ministry of Finance, Nigerian National Petroleum Corporation, Central Bank of Nigeria and the Federal Inland Revenue Services should be done on regular basis in order to avoid similar episode but most importantly ensure that all revenue are properly and legally accounted for,’’ the report stated.