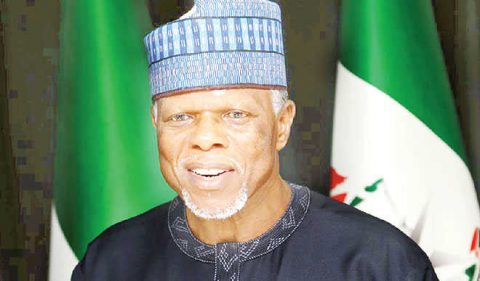 ABUJA, NIGERIA (AFRICAN EXAMINER) – The Comptroller General of the Nigeria Customs Service (NCS) Col. Hameed Ali (retd) has written the Senate, informing it that he would not be able appear before the Lawmakers Wednesday, March 15, 2017 as previously scheduled.

According to the Senate President Bukola Saraki, the NCS boss indicated in his letter that the day coincides with the routine management meeting of the agency.

The Senators who already have grudges against Col. Ali on getting to know that his letter was signed by an Assisitant Comptroller General got more infuriated and declared that his action was an affront to the Senate.

Consequently, the Senators resolved that the retired Colonel must appear Wednesday in uniform.

It would be recalled that Senators berated the conducts of the Nigeria Customs operatives last week, declaring that the manner of operation was not civilized, lack human face and insisted his refusal to always wear customs uniform is unacceptable.