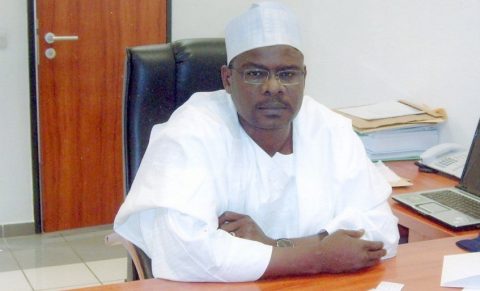 (AFRICAN EXAMINER) – As the battle of who becomes the president of the Ninth Nigerian Senate hots up, fears have gripped the camp of Senator Ahmed Lawan over a massive late surge in support for Senator Ali Ndume’s bid of becoming the number 3 citizen.

Despite the endorsement of Senator Ahmed Lawan by both the hierarchy of All Progressives Congress (APC) and Asiwaju Bola Tinubu; Senator Ali Ndume have continued to engage senators-elect and leaders across the country.

The engagements have given his campaign a huge boost as many APC governors and senators-elect believe that he is a better candidate for the job arguing that he would work for the interest of the whole country and not the interest of godfathers nor the tyranny of the All Progressives Congress (APC).

Similarly, Ahmed Lawan’s choice is being dubbed as a stooge who will only promote selfish interests of certain cabals. Northern liberals believe Ndume can balance Buhari’s conservatism to calm nerves in the national assembly and stablise the polity.

Senator Ahmed Lawan is seen as being extremely conservative and considered a bigot even as opposition fears APC despotism under a Buhari’s presidency and Lawan’s national assembly leadership.

Also, some Southern APC members are rejecting Lawan’s candidature arguing that he never supported anything that is considered southern interests since 1999 that he began his legislative career in the House of Representatives.

Senator Ali Ndume, recently in a statement, expressed confidence that he will win regardless of Lawan’s endorsement by the ruling APC and Asiwaju Bola Tinubu adding that the final decision on who becomes the President of the 9th Senate would rest squarely with the Senators-elect.

In line with the constitutional provision, President Mohammadu Buhari had last week Thursday, dissolved the eighth session of the National Assembly (NASS) and announced the proclamation of the Ninth session.

The Ninth National Assembly will be inaugurated, and first sitting will be held on Tuesday, June 11, 2019 by 10:00 a.m. The Senate President, the Speaker of the House of Representatives and other principal officers of both chambers will be elected at the first sitting.