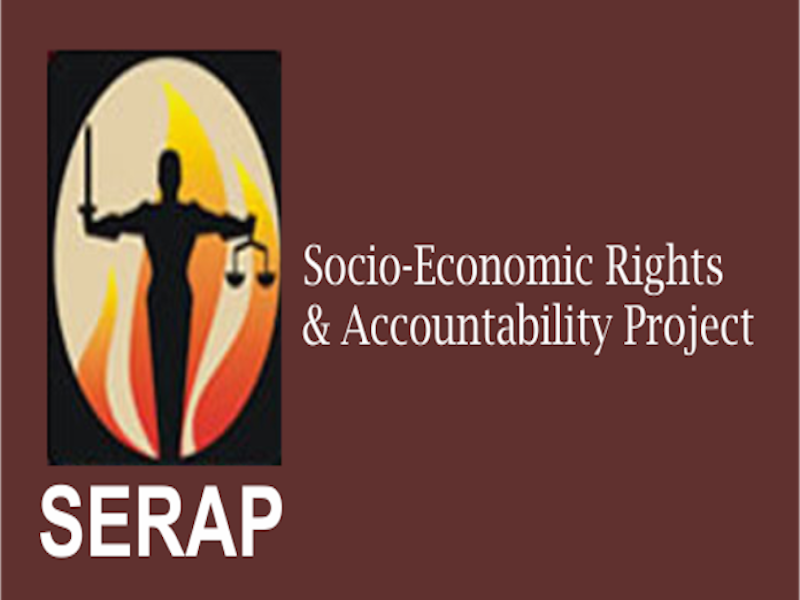 LAGOS, NIGERIA (AFRICAN EXAMINER) – The Socio-Economic Rights and Accountability Project (SERAP) has sent an urgent appeal to Professor Philip Alston, the UN Special Rapporteur on Extreme Poverty and Human Rights urging him to use his good offices and position to urgently request the leadership of the Nigerian House of Representatives to explain the alleged padding of the 2016 budget with N481 billion.

The manipulation involved removal of critical projects and replacement of such projects with fake constituency projects, that have undermined the fight against corruption in the country as well as exacerbated extreme poverty and violations of internationally recognized human rights.

The body in a petition dated 27th July, 2016 and signed by its Executive Director, Adetokunbo Mumuni states, “SERAP considers the alleged budget padding, diversion of public funds and abuse of office by the leadership of the House of Representatives as amounting to a deliberate retrogressive action, which cannot be justified by reference to the totality of internationally recognized human rights, and in the context of the obligation to fully use the maximum available resources to fulfill and ensure the enjoyment of those rights.”

The petition copied to Mr. Zeid Ra’ad Al Hussein, the UN High Commissioner for Human Rights; the Conference of States Parties to the UN Convention against Corruption and the Inter-Parliamentary Union, also states, “We are concerned that the alleged corrupt budget process in the House of Representatives in the context of an economy already weakened by years of large scale corruption will jeopardize sustainable development and hurt ordinary Nigerians who rely on the government to provide basic necessities of life such as water, good roads and electricity.”

SERAP said it was concerned that the long standing practice of constituency projects by the National Assembly of Nigeria and the corresponding alleged diversion of public funds have continued to systematically drain the country’s “maximum available resources”, precipitating poverty, and economic crisis which inevitably magnify dispossession, hunger, disease, illiteracy, and insecurity.

“Alleged budget padding and abuse of office by the leadership of the House of Representatives in particular and the National Assembly in general also have uneven consequences against the vulnerable groups of the society, including the poor, women and children, perpetrating and institutionalizing discrimination. By allegedly exploiting public funds for the personal gain of leaders rather than socio-economic development of the country, constituency projects jeopardize the needs and well-being of future generations as well.”

“SERAP notes that the Nigerian constitution 1999 (as amended) grants legislative power to the National Assembly to “make laws for the peace, order and good government”. SERAP believes that this power implies that the National Assembly including the House of Representatives will serve as a crucial bastion of transparency, accountability, and the rule of law that are necessary to reduce poverty, establish a corruption-free society, and effective enjoyment of human rights.

“SERAP is seriously concerned that in the process of alleged budget padding the leadership of the House of Representatives removed key projects such as on roads, electricity and/or drastically reduced their costs. These projects ordinarily would have contributed to reducing the effects and consequences of poverty in the country while also enhancing respect for human rights,” it said.

The body said: “We believe that the allegations that the leadership of the House of Representatives worked to abuse the budget process to benefit themselves at the expense of the majority of Nigerians is a fundamental breach of constitutional oath and the International Covenant on Economic, Social and Cultural Rights to which Nigeria is a state party, which requires states to use their maximum available resources to promote and secure the enjoyment of basic economic and social rights such as the rights to food, to healthcare, to access to quality education and adequate standards of living.

“Article 2(1) of the Covenant provides that each State party to the present Covenant undertakes to take steps to the maximum of its available resources, with a view to achieving progressively the full realization of the rights recognized in the present Covenant by all appropriate means, including particularly the adoption of legislative measures.”

“This implies that government at all levels including the National Assembly has a duty to ensure that public funds are used to benefit Nigerians and not for personal use. Human rights cannot be achieved without significant expenditure in critical areas of governance.”

SERAP therefore urged the Special Rapporteur to publicly express concerns about the allegations of budget padding and diversion of public funds and abuse of office by the leadership of the House of Representatives, thereby exacerbating extreme poverty and violations of human rights.

The body also wanted the UN to put pressure on the leadership of the House of Representatives to allow for independent and transparent investigation of the allegations of budget padding, diversion of public funds and abuse of office, and not to victimize Mr Jubrin for blowing the whistle on the allegations of corruption in the House.

It wanted the UN to make sure that alleged corruption in the House of Representatives is not allowed to undermine the mandate of the Special Rapporteur to advance human rights and address extreme poverty as well as urge the National Assembly, in particular the House of Representatives to promote in its legislative duties transparency and accountability and observe human rights principles, and that the exercise of its legislative power complies with Nigeria’s international human rights obligations and commitments.