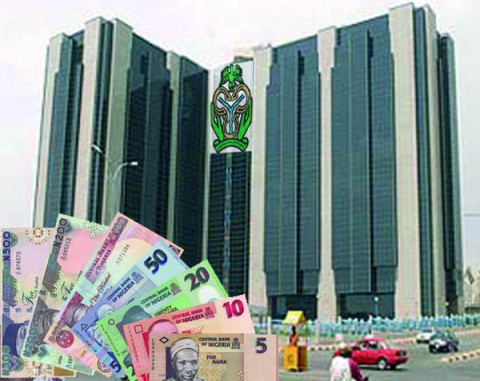 Socio-Economic Rights and Accountability Project (SERAP) has dragged the Central Bank of Nigeria (CBN) to court over failure to expose the persons involved in alleged money laundering through the CBN to fund the activities of Boko Haram which have contributed to the unlawful killings of innocent Nigerians and destruction of property.

The suit filed on Tuesday at the Federal High Court Ikoyi followed a Freedom of Information request by SERAP to the CBN governor, Mr Godwin Emefiele dated 15tht September, 2014.

The originating summons with suit number FHC/L/CS/1547/2014 was filed on behalf of the organization by Adetokunbo Mumuni.

In the suit, SERAP argued that the “a necessary implication of the rule of law is that a public functionary and institution can only act in accordance with law, as to do otherwise may enthrone arbitrariness. Obedience to the rule of law by all citizens but more particularly those who publicly took oath of office to protect and preserve the constitution is a desideratum to good governance. In a democratic society, this is meant to be a norm; it is an apostasy for public institutions like the CBN to ignore the provisions of the law.”

SERAP also argued that, “CBN has so far failed, refused and/or neglected to provide the Plaintiff with the details of the information requested. By virtue of Section 1(1) of the FOI Act 2011, the Plaintiff is entitled as of right to request for or gain access to information which is in the custody or possession of any public official, agency or institution. By the provisions of Section 2(7) and 31 of the FOI Act 2011, the Defendant is a public institution.”

“By virtue of Section 4 (a) of the FOI Act when a person makes a request for information from a public official, institution or agency, the public official, institution or agency to whom the application is directed is under a binding legal obligation to provide the Plaintiff with the information requested for, except as otherwise provided by the Act, within 7 days after the application is received. The information requested for by the Plaintiff does not come within the purview of the types of information exempted from disclosure by the provisions of the FOI Act,” the organization also argued.

According to the organization, the information requested for, apart from not being exempted from disclosure under the FOI Act, bothers on an issue of National interest, public peace and security, public concern, social justice, good governance, transparency and accountability, saying that the Defendant will not suffer any injury or prejudice if the information is released to the Plaintiff.

The organization also said that, “Unless the reliefs sought herein are granted, the Defendant will continue to be in breach of the Freedom of Information Act, and other statutory responsibilities. It is in the interest of justice to grant this application as the Defendant have nothing to lose if the application is granted.”

The organization is also seeking a declaration that by virtue of the provisions of Section 4 (a) of the Freedom of Information Act 2011, the Defendant is under a binding legal obligation to provide the Plaintiff with up to date information relating to the persons involved in alleged money laundering through the Central Bank of Nigeria to fund the activities of Boko Haram which have contributed to the unlawful killings of innocent Nigerians and destruction of property and the exact nature and duration of any such transactions.

No date has been fixed for the hearing of the application.