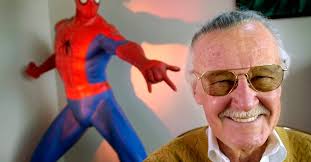 (AFRICAN EXAMINER) – Stan Lee, who dreamed up Spider-Man, Iron Man, the Hulk and a cavalcade of other Marvel Comics superheroes has died at the age of 95, his daughter said on Monday.

These comics became mythic figures in pop culture with soaring success at the movie box office.

As a writer and editor, Lee was key to the ascension of Marvel into a comic book, titan, in the 1960s.

He then, in collaboration with artists such as Jack Kirby and Steve Ditko, created superheroes who would enthrall generations of young readers.

“He felt an obligation to his fans to keep creating.

“He loved his life and he loved what he did for a living. His family loved him and his fans loved him. He was irreplaceable,” his daughter, J.C. Lee, said in a statement to the media.

She did not mention Lee’s cause of death but the TMZ celebrity news website said an ambulance was called to Lee’s Hollywood Hills home early Monday and that he died at Cedars-Sinai Medical Center.