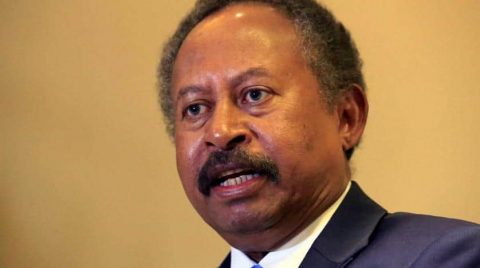 “Appointment of civilian governors for the states constitutes a completion for the structures of the transitional period,’’ said Hamdok at a press conference in the capital Khartoum.

According to a prime minister’s decision, Ayman Khalid Nimir was appointed as governor of Khartoum State, Abdalla Shangrawi Ohaj for the Red Sea State and Abdalla Ali Ahmed Idriss for Gezira State.

“We wanted to preserve the balance with regard to women participation and make their participation greatly satisfactory,’’ said Hamdok.

It is worth noting that the appointment of state governors had faltered for about 10 months amid differences over the structures of Sudan’s transitional authority.

Since the ouster of former President Omar al-Bashir in April 2019, Sudan’s states have been governed by the military in accordance with a decision issued by then Chairman of the Transitional Military Council, Abdel Fattah Al-Burhan, on April 12, 2019.

On Aug. 21, 2019, Sudan started a 39-month transitional period under a transitional government of military and civilian elements.