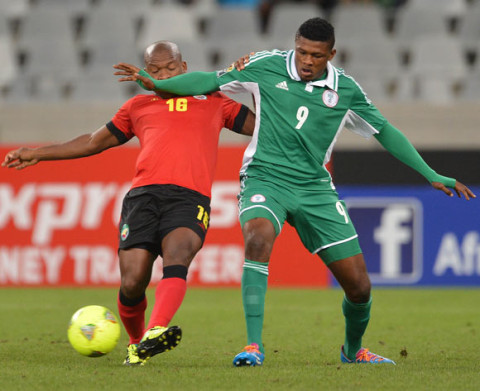 Nigeria reignited their African Nations Championships campaign with a 4-2 win against Mozambique at Cape Town Stadium on Wednesday night. 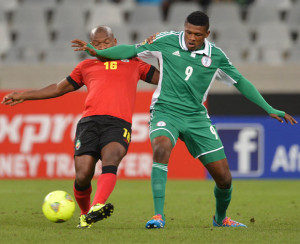 Nigeria Vs Mozambique at CHAN 2014

The Super Eagles started the game on a more positive note, but were stunned when Dario Khan gave the Mambas the lead in the 10th minute through a free-kick after Dario Khan’s shot caught Chigozie Agbim off his line while still talking to his defenders.

Nigeria, however, responded instantly as Ifeanyi Ede scored a minute later with a close-range shot to bring the teams back level.

The goal appeared to spur the Super Eagles into action as they took the lead in the 13th minute when Rabiu Ali blasted in a screamer from 20 yards which beat Soarito.

Mario got a chance to equalize for Mozambique moments later after being put through on goal, but Agbim did well to block his shot in the 15th minute. Gbolahan Salami also came close to extending Nigeria’s lead three minutes later, but the striker headed wide from a free-kick by Rjike Uzoenyi.

Nigeria were still trying to take control of the game when horrendous goalkeeping from Agbim gifted Mozambique an equalizer through Diogo ,who blasted into an empty net in the 20th minute.

Imbued with more confidence from the equalizer, the Mozambicans comfortably knocked the ball around to take control of the game, but neither side were able to create any real chances and the both teams remained tied by the interval.

Ali restored Nigeria’s lead from the spot in the 54th minute as Khan was adjudged to have handled the ball inside the box after unintentionally heading the ball into his own hand.

From that moment Nigeria gradually took control of the game, creating several half chances. Salami had the ball cleared off the line 74th minute and seconds later Aliyu had his shot saved easily by Soarito.

Barnabas Imenger came off the bench to seal the win for Nigeria in the 88th minute after he broke free from the Mozambican defence to lob a pass from Kwambe over Soarito to help Nigeria secure their first win of the competition.