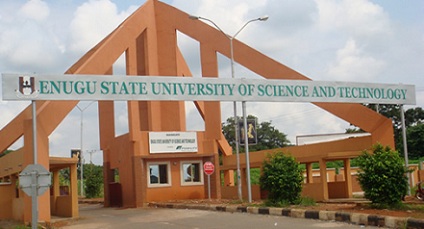 At least three undergraduates of the Enugu State University of Science and Technology, (ESUT) Agbani, were on Friday night shot and seriously wounded by  armed bandits, suspected to be cult members.

Our Correspondent gathered that the affected students are now undergoing surgery at the University of Nigeria Teaching Hospital, (UNTH), Ituku-Ozalla, Enugu where they were rushed, in the early hours of Saturday. 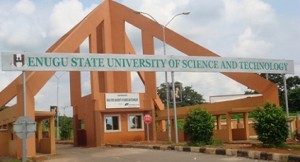 Father of one of the victims, who do not want to be quoted in the press, told newsmen that his son was undergoing surgery in the taeching hospital.

According to him, the student was shot in the stomach and it was suspected that some pellets of the bullet were lodged in his abdomen which doctors were battling to remove.

The two other victims were also undergoing surgical operations in the hospital while efforts were being made to contact their parents.

The Unique Hostel where the ugly incident took place and other hostels within the Agbani Permanent site of the ivory tower, according to sources, have been placed under serious security watch just as it was suspected that the gunmen could be members of a secret cult in the campus.

However, to forestall a reprisal attack, a source told AFRICAN EXAMINER that the management of the institution had taken measures to beef up security in the hostels as the plain-clothe security operatives have deployed to strategic locations..

He assured that the police would do everything possible to get to the root of the incident.

Though, he could not say if any arrest had been made. However, the state Police Command according to the PPRO, was on top of the situation and would give further details after the ongoing investigations.

Said Amarizu: “From what we gathered, when the gunmen attacked some students at the ESUT Unique Lodge, which is mainly male hostel, there was a stiff resistance by the students who succeeded in arresting one of the gunmen.

“The arrested gunman alerted his armed colleagues who returned to the hostel and began shooting indiscriminately during which three of the students were shot and wounded,” he added.