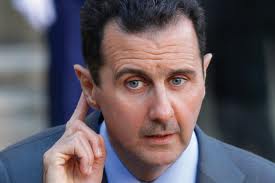 The OPCW, the body overseeing destruction of Syria’s chemical weapons, has won the Nobel Peace Prize.

The Nobel Committee said it was in honour of the OPCW’s “extensive work to eliminate chemical weapons”.

It recently sent inspectors to oversee the dismantling of Syria’s stockpile of chemical weapons.