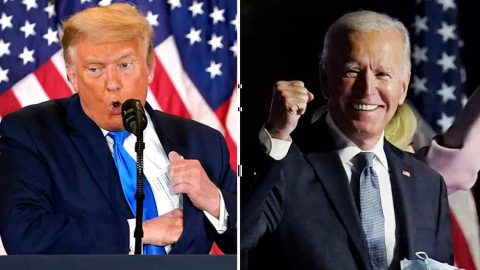 (AFRICAN EXAMINER) –  Joe Biden’s campaign manager says she is confident that her candidate will win the U.S presidential election and called the lawsuits being filed by President Donald Trump meritless.

“Joe Biden will be the next president of the United States,’’ she says, projecting victory in a number of swing states where votes are being counted.

She expressed hope for a result later Thursday, but said it might take longer. Be calm, she urged.

Meanwhile, President Donald Trump, not satisfied in the results, has alleged frauds and filed lawsuits in the states of Michigan, Pennsylvania, Georgia, Nevada and Arizona.