US Sends FBI Team To Nigeria To Find Abducted Girls 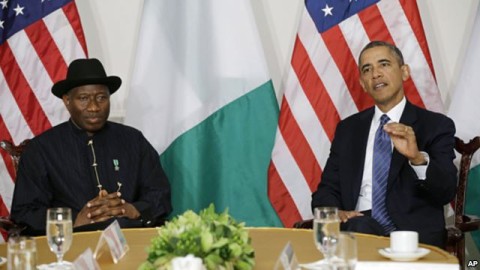 The United States have called in the help of the FBI to find more than 200 schoolgirls abducted by terrorist group Boko Haram.

It is feared the girls who were taken from a school in the village of Chibok on 14 April have already been sold as brides for as little as £7 ($12), according to the girls’ relatives. 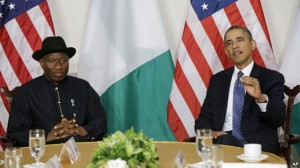 Attorney General Eric Holder said the US was sending FBI agents to trace the girls as grief-stricken families took to the streets in protest over the inaction of the Nigerian government and military to find their loved-ones.

“Let me be clear,” said Secretary of State John Kerry while visiting the Democratic Republic of Congo, “the kidnapping of hundreds of children by Boko Haram is an unconscionable crime, and we will do everything possible to support the Nigerian government to return these young women to their homes”.

In a video obtained by French news agency, AFP, Boko Haram leader Abubakar Shekau said: “I abducted your girls. I will sell them in the market, by Allah.”

At least 276 youngsters were taken from their school in Chibok, in the state of Borno, north Nigeria, by the Islamist militants. They packed the teenagers, who had been taking their West African Examinations Council exams, into trucks and disappeared into a remote area along the border with Cameroon.

Nigerian police said 53 escaped but at least 223 were still missing.

White House spokesman Jay Carney said: “We view what has happened in Nigeria as an outrage and a terrible tragedy.

“The president has been briefed, several times, and his national security team continues to monitor the situation there closely.

“The state department has been in regular touch with the Nigerian government about what we might do to support its efforts to find and free these young women.”

Nigerian President Goodluck Jonathan said: “We promise that anywhere the girls are, we’ll surely get them out.”

He said he had asked the US, Britain, France and China for help to fight against Boko Haram and dismissed claims his government was negotiating with the group.