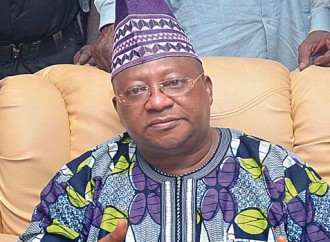 (AFRICAN EXAMINER) – This year’s Workers’ day rally did not hold in Osun South West Nigeria as the State chapter of the Nigeria Labour Congress (NLC) shelved the exercise in honour of the first Executive Governor Late Senator Isiaka Adeleke.

Osun State NLC Chairman Comrade Jacob Adekomi specified that the traditional rally to mark the annual workers’ day was put off in honour of Senator Adeleke, who governed the State between 1992 and 1993.

The Workers Day also coincided with the eighth day Firdau of the former Governor who hailed from Ede Local Council of the State.

However, Adekomi in his address said “Osun NLC is also pressing home and making demands for the payments of all outstandings from the state government.

“We are demanding from the government the payment of outstanding balance of over 20 months half salaries the workers are being paid.

“We are also asking the government to pay workers their leave allowances and other benefits that is due to them,” the Labour leader repeated.