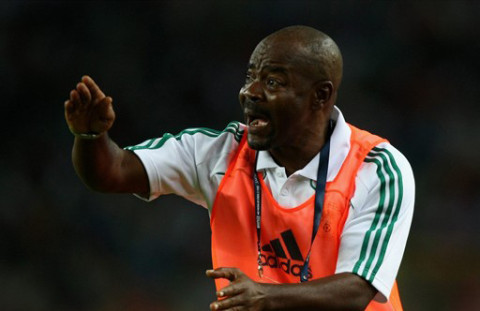 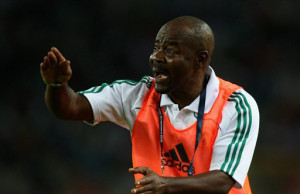 Former Nigerian U- 18 national team coach, Jonh Obuh, has advised Super Eagles head coach, Stephen Okechukwu Keshi, not to undermine the Wylan Antelopes of Ethiopia in the forthcoming final round qualifier matches ahead of the Brazil 2014 world cup.

Obuh, said Super Eagles, should take the encounter very seriously, adding “they should see it as if they are playing Brazil or Argentina.

African Examiner sports, recalled that the Nigerian Super Eagles, were pitched against the Ethiopian side in the (African zone), during the recent final round qualifier draws for the world cup held in Cairo, the Egyptian Capital.

The coach, who resigned voluntary from the position last year due to  personal reasons, insisted  that no country should undermine any of the ten teams that made it to the last qualifier stage, even if it is the first time of such country.

Coach Obuh, who spoke to Sports writers saturday at the Nnamdi Azikiwe stadium Enugu, stated that “for the fact that the Ethiopia national team made it to the final stage,  super Eagles should know that the side would not be an easy nut for them to crack, hence they must prepare very well”

The Abia state born seasoned coach, warned that the East African team may constitute a cog in the wheel of progress of super Eagles, unless the players and the technical crew approaches the encounter with total  determination and commitment.

Obuh, had used the interactive session to once again, call on the Nigeria Football federation NFF, to pay him the 18 months backlog  salary being owed him by the nation,s soccer management body.