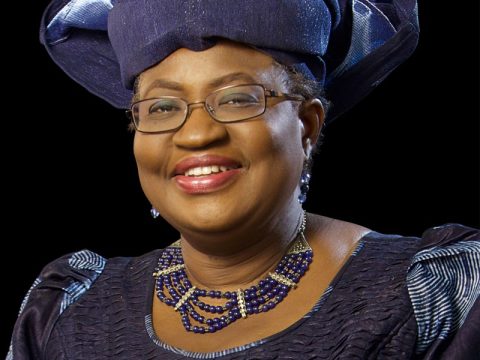 (AFRICAN EXAMINER) – The Organisation of Petroleum Exporting Countries (OPEC), has congratulated Dr Ngozi Okonjo-Iweala, on her appointment as the Director-General of the World Trade Organisation (WTO).

The OPEC Secretary-General, Dr Barkindo Mohammad, disclosed this in a congratulatory message on Monday, in Abuja.

Okonjo-Iweala, 66, was appointed  director-general of the WTO  on Monday by representatives of the 164 member countries.

On behalf of the Organisation of the Petroleum Exporting Countries, allow me to formally extend our sincere and heartfelt congratulations to Your Excellency on your fully deserved appointment as the newly elected Director-General of the World Trade Organisation.

“We wish you every success in your new role leading the WTO, a key organisation for the effective functioning of the global economy, and in helping trade flow as freely as possible.

We commend the wisdom of the General Council of the WTO for the historic nature of your appointment, as you are the first woman and first person from the continent of Africa, to take up the reigns of the organisation.

“The breadth of support that Your Excellency received during this campaign is testimony to your suitability for the role and lifetime of public service to both our beloved home country, Nigeria, and the international community,’’ he said.

Mohammad noted that Okonjo-Iweala’s candidacy received support from every geographical region and all categories of  members  recognised in the WTO provisions.

According to him, the appointment comes at an extremely challenging time for the world and the WTO.

“Global trade has been severely impacted by the COVID-19 pandemic, support for the multilateral system needs to be bolstered and the WTO, under your leadership, will embark on a period of substantive and procedural reform.

“However, I know from your lengthy and successful career as a highly-respected economist, an international development expert who worked for 25 years at the World Bank, a diplomat and your two terms as Finance Minister in Nigeria that you are more than up to the task.

“Yours is a career replete with achievements,’’ he added.