Yuletide: Lagos CP Warns Residents Against Use Of Fireworks 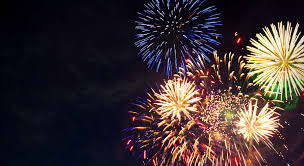 LAGOS, NIGERIA (AFRICAN EXAMINER) – The Acting Lagos State Commissioner of Police, Mr. Imohimi Edgal Tuesday has warned against the sales and use of fireworks as well as urged residents to be vigilant and celebrate moderately during the festive period.

The Commissioner, who assured residents and visitors of maximum security across the State, announced that additional batches of armed police officers would be deployed to volatile areas in the State to ensure adequate safety for all residents in Lagos.

He warned residents to desist from the sale, distribution or use of industrial fireworks, saying that anyone found violating the law banning fireworks would be arrested and charged to court.

Edgal in a statement issued by the State’s PPRO Mr. Chike Godwin Oti, Edgal warned that the State’s Police Command would not tolerate any form of lawlessness or act that might undermine the peaceful atmosphere prevailing in the State.

He commended the support and cooperation the Police have received from the State Governor, Mr. Akinwunmi Ambode as well as other security agencies including the Neighbourhood Safety Corps.

“The CP also expressed satisfaction with the cooperation that the command has been receiving from both the State Government, corporate and religious institutions especially during the organisation of major outdoor functions like The Experience Concert and the Lagos Street Carnival,” the statement stated.

While re-assuring maximum security during the forthcoming “One Lagos Fiesta” and other events slated for the Yuletide season across the State, Edgal said it was important for the people to be vigilant, celebrate moderately and pass on useful tips to security agencies.

He solicited for the cooperation of the citizens in ensuring a safe and crime-free December in the State, noting that all toll-free emergency numbers would be fully operational in case of any security incident.

The statement further informed that arrangements have been made to increase Police presence across the State due to the influx of people who may want to take undue advantage of the Yuletide season to perpetrate a crime, stressing that plans are in place to nip any threat or harmful incident in the bud.