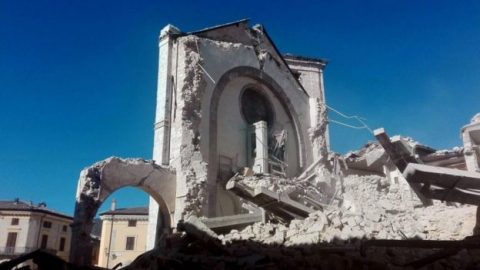 BALTIMORE, MD (AFRICAN EXAMINER) – Many people have been injured and several buildings brought down, as strong earthquake Sunday hit near Norcia in the central Italy.

While no fewer than 11 people have been hurt, the local media reported that nine people have been pulled out alive from the rubbles. However, no death has been reported so far. Already, many residents have left after last week’s quakes.

The Sunday’s quake which was measured 6.6, was more than August’s quake and aftershocks last week. The August quake was declared the Italy’s most devastating in decades.

Tremors with 1.5km (0.9 miles) depth were felt in the capital Rome and extended to Venice in the north.
It would be recalled Italian Prime Minister Matteo Renzi after the August quake promised to rebuild all homes and churches destroyed by the natural disaster. He also appealed to Italians to show generosity, courage and responsibility.