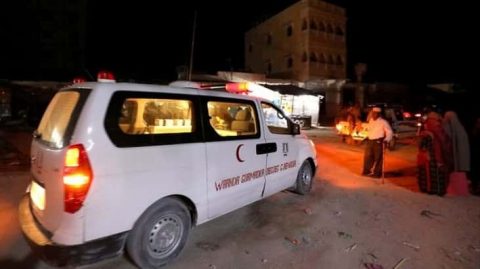 Most guests of the four-storey seaside hotel could be rescued, but 28 wounded people were taken to hospitals, according to local ambulance services head Abdulkadir Abdirahman Adan.

Terrorist group al-Shabaab later claimed responsibility for the siege, which was carried out by five attackers, the government spokesman said.

The terrorists began the attack with a powerful suicide car bomb at the gate to the hotel, after which they stormed the Elite Hotel, situated on the capital’s Lido beach, and laid siege to it, according to Bashane.

“The terrorists want to create despair in our society… Such evil acts will not deter us from moving our country forward,” Farmajo said in a statement.

Al-Shabaab is affiliated with the international al-Qaeda terrorist network, and launches regular attacks within the volatile East African nation.

At least one Somali lawmaker was wounded during the blast, according to Hajji. (dpa/NAN)