9 Killed, 24 Injured In Explosion In Borno 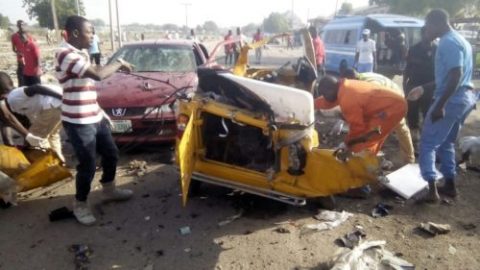 Media and Public Relations officer of National Emergency management Agency (NEMA), Sani Datti, who disclosed this to AFRICAN EXAMINER said “there are two reported incidents of explosions in Maiduguri, one at the entrance to Bakassi IDPs and the second, at NNPC station along Damboa road .

According to him, the injured “have been evacuated to various Hospitals from the two scene of explosions in Maiduguri after the sad incident.

The deadly explosion is coming less than three weeks similar blast claimed lives of eight people, while 15 persons were seriously injured in an early morning explosion that took place at Muna Motor Park, in Maiduguri, on Wednesday, October 12, 2016.