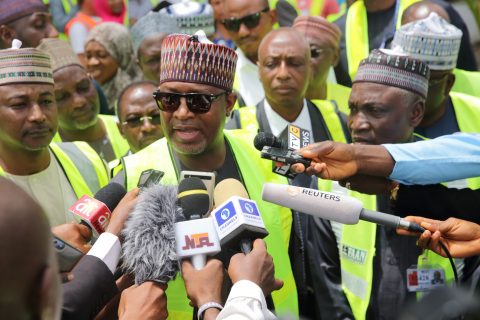 The airport was closed down Wednesday, March 8, 2017 by the Federal Government (FG) to allow maintenance of its runaway.

As part of the events to usher in the re-opening, there was a test flight with the Minister of State for Aviation Mr. Hadi Sirika and other officials aboard, from the Kaduna International Airport to NAIA. The flight touched down late Tuesday morning.

FG has announced during the closure that the maintenance would last for six weeks, hence the reopening Tuesday, April 18, 2017.

While the repair lasted, both local and international flights were diverted from Abuja to Kaduna International Airport.