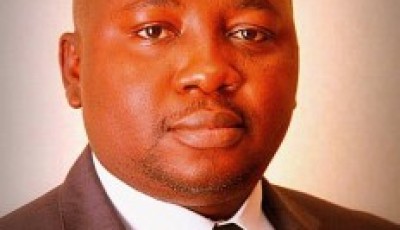 Following his confirmation by the Senate, Mr. Adebayo Adekola Adelabu, has formally assumed his new role as the Deputy Governor of the Central Bank of Nigeria (CBN) on Wednesday, April 9, 2014. 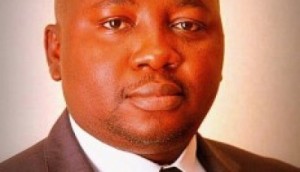 Adelabu, who was accompanied to the apex Bank by his aides, was welcomed by the Deputy Governor, Corporate Services, Alhaji Suleiman Barau.

Introducing the trio of Yunusa Mohammed Sanusi, Ahmad Abdullahi and Ibitayo Olubenga Amu, Directors in charge of Corporate Secretariat, Governors’ and Security Services Department, respectively, Alhaji Barau disclosed that the new Deputy Governor had been briefed and would be in charge of the Financial System Stability (FSS) Directorate.

He therefore wished Adelabu well in his role, expressing confidence that his new colleague would settle down to work immediately.

Responding, Adelabu, thanked Alhaji Barau, and the Directors present for the warm reception accorded him. He said he was indeed eager to start work and contribute his quota to the success of the Bank.

Speaking further, Adelabu, who has over 22 years of cognate experience, said he was bringing on board initiatives that would move the Bank forward. While commending the Management and staff of the Bank for the successes recorded by the Bank in the execution of its mandate, he pledged to do his utmost in collaboration with his colleagues to ensure that the CBN takes its pride of place among Central Banks of developed countries around the globe.

Coming from the private sector and having been the Finance Team Leader of CBN’s Corporate Renewal Project tagged: “Project Eagles” in 1999, Adelabu said he was not entirely new to the environment and will pursue a philosophy of productivity to eke out the desired result for the Bank.

“I don’t believe so much in activities. It’s more about productivity. I do more of the work than the talk. I don’t believe that we should talk too much. If you have a work to do, do it well and everyone will see that it is a success,” he declared.

Speaking on his youthful mien, the new Deputy Governor, Financial System Stability said he had come to the Bank at the right time as many key decision makers around the world were in their 40s and 50s, which he emphasized were the most productive years in the lives of executives. He therefore expressed confidence that the vibrancy and energy associated with that age bracket, coupled with the experience he had garnered in his professional life would manifest in the discharge of his duties.

According to him, “It’s not so much about age these days, but what you bring to the table. It has to do with your experience. When you have youth in positions of responsibility, you have the strength and vigour to face the rigours of the job.”

Prior to his confirmation as CBN Deputy Governor, Mr. Adebayo Adekola Adelabu was an Executive Director and the Chief Financial Officer (CFO) at the First Bank of Nigeria Plc. He is married and has four children.