Africa-What the coming generation need have in mind 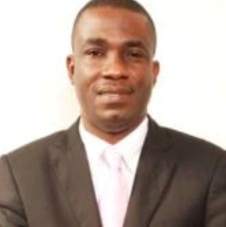 One blind spot in Africa’s poltical journey is absence of succession plan in many facets of its development endeavour. This has not come as a surprise.

The burst of capitalism onto the economic scene of the continent dates back to the early 19th century-featuring dynamic trade engagements between the white settlers and blacks.

This was the beginning of the birth of viable economic exchanges between Africa and Europe, culminating in the growth of private enterprises, and would peak in the middle of the century.

A good number of such enterprises unfortunately could not long survive the debilitating culture of discontinuity plaguing the continent.

Business proprietors could not groom successful proteges to take over their burgeoning business empires. The collapse of these flourishing economic establishments becomes another milestone in Africa’s negative historical experience.

The backlash of this episode was again the gradual encroachment of a failure syndrome into the social and political life of Africa and the consequent loss of confidence in her ability to manage things, including themselves.

it’s a fact that Africa has a going problem with self-management. This becomes more apparent in an era of global economic and poltical revolution, when young minds in developed nations are already sitting very close to their predecessors, to glean from their experience, and take along in their own strides, and into their hands, the future of their nations and continent.

China had recently co-opted into their leadership streams, a crop of well-groomed state- technocrats, suitably qualified, in both technical and visionary capacities. They are to steer China’s prospects into the dreamland of becoming the world most powerful nation. The signs are already exploding into the economic and technology footprints of China.

I believe these young minds must have been properly inducted into the historical realties of China as it were. They understood what is at stake. They witnessed their country rise from the lurch of poverty and from the shadows of colonial influences to chart its national civilization-one which was profoundly home-grown, and certainly well deserved.

Armed with this mandate, China’s new breeds, just can’t but do well.

Where are Africa’s own young minds and what are their thoughts? What do they aspire to? What are their chances of coming into the position of steering the dreams and prospects of their continent?

If given the chance what will be the greatest challenge they face?

I believe the biggest challenge staring the youngs of Africa in the face, is the challenge of their past. The historical weight of the continent becomes a burden for any effective engagement they may wish to make.

Some of Africa’s brightest minds, much of whom are in diaspora, have lost the will to engage the continent in productive terms. The leaders in Africa, have also not made room enough, or provided  productive climate for such meeting of minds-young and old, enabling vital contextual and historical exchanges  take place.

Africa’s young people suffer the complex of loss of audacity. The continent had been progressively slowed down by a burdened psychology, one infused with deficit of self-believe. This accounted for the faint and frosty economic and political ideological identity-making her profoundly threatened by a world that has grown so big, one that is already moving  faster than the context of their own realties.

Nevertheless, the youths of Africa must invent their own survival kits.

Surviving in a new world requires good understanding and knowledge of what it takes. They must engage deeper for new answers that match the context of their situation.  It is traditionally fearful to take such a firm step in this new direction, because of Africa’s depressing antecedents.

But a new future somehow must begin, away from the past. That future is now.

It’s about time to move on, past distortions of the past, to face the future with a clear poise.

Such mindset must come with the goal to fulfil the promise of Africa’s unlived potentials.

A fresh contingent of these young Africans must absorb this challenge into their pysche, rejecting the option of backing out. It’s about the future of a continent that needs to stay alive.

And It badly needs the talent and energy of all its young minds for this revolution to stand a good chance.