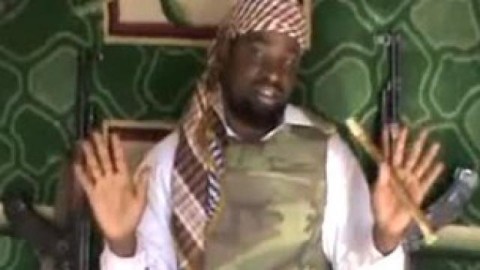 The Islamist said in the 28 minutes video “We are the ones that carried out the attack in Abuja.”

In the video Shekau is seen seated with a Kalashnikov rifle resting on his left shoulder and dressed in military uniform.

The Nyanya bombing, which is about 5 minutes from the Nigerian national capital is one of the deadliest Boko Haram’s attacks around Nigeria’s capital killing about 75 people and injuring over 200 people.