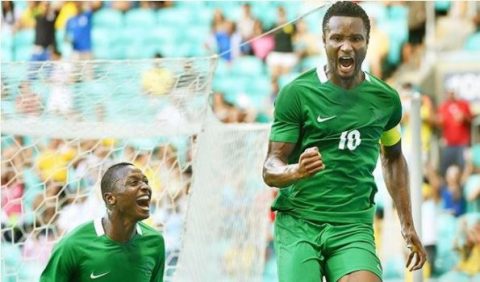 (AFRICAN EXAMINER) – The Super Eagles have made it to the 2018 World Cup final in Russia, as they defeated Chipolopolo of Zambia 1-0 Saturday in Uyo, the Akwa Ibom State capital.

Arsenal striker Alex Iwobi scored the only and winning goal of the match, giving Nigeria 13 points to lead Group B, with the Zambia trailing behind with seven points.

The Nigerian side had many chances, but could not convert them to goals. With the unassailable leading result of their group, the last game of the Super Eagles is just a formality.

The outcome of the match played at the Godswill Akpabio International Stadium Uyo, made the Super Eagles the first African team to qualify for the next year global Football Championship.

The qualification will translate into the sixth World Cup finals appearance of the Super Eagles. Nigeria first competition at the global finals was in 1994.