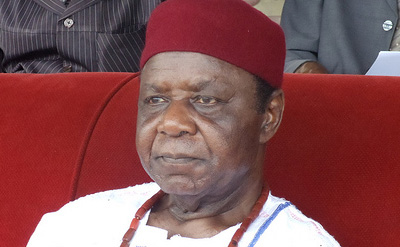 A group under the aegis of Izu Umunna Cultural Association, has expressed sadness over the death of foremost diplomat Ambassador Ralph Uwechue. 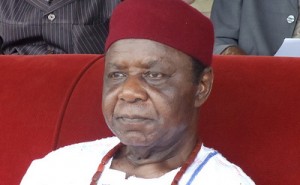 Uwechue, who was past president of the apex Igbo socio-cultural organisation, Ohanaeze Ndigbo, died on March 13, in Abuja.

In a press statement signed by the President of the group, Prof. Zebulon Okoye, made available to African Examiner in Jos on Monday.

The group said, Uwechue’s death at this time his wealth of knowledge is needed at the National Conference to move Nigeria forward is most regrettable.

The statement added, “We mourn a great patriot, unrepentant nationalist, and bridge builder whose footprints are firmly etched in the sands of time, nationally and internationally, as a consummate diplomat, author, publisher and entrepreneur.

“A pragmatic leader, philosopher and man of strong conviction, his excellences, Ralph Uwechue served his country selflessly and meritoriously at a critical period in her historical development variously in the diplomatic service, federal executive council and the intelligentsia.

“In retirement from active public service, Uwechue was , and still remained an elder statesman, consistently seeking through bridge building and networking for a better more enduring polity and economy. He belonged to the school of thought that sought to review through national dialogue of the present structure of the polity and terms of the union for a better deal that would equitable, fair and just to the federating units.

“It is therefore unfortunate that his death came on the eve of the convocation of a national conference. Delegates, especially from his school will miss him”. The statement stressed.

It would be recalled that the Late elder statesman who was the past President of the apex Igbo socio-cultural organisation, Ohanaeze Ndigbo died in Abuja on the 13Th, March, 2014.