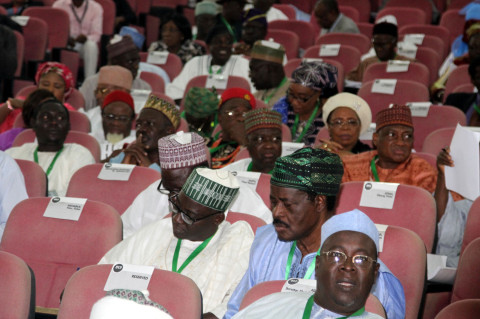 The Public Finance Committee at the ongoing National Conference has called for total removal of fuel subsidy. 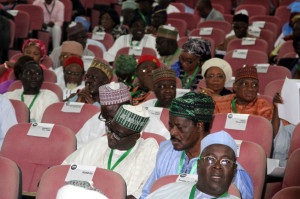 cross section of members of the National Conference

The Chairman of Conference Finance Committee, Adamu Aliero stated this while presenting the report of committee to conference plenary session on Monday.

Aliero said fuel subsidy is not really bringing succor to the masses as selected elites continue to benefit from the fuel subsidy payment.

He advised delegates to critically examine the report of the committee, noting that the country will be doom if we continue to pay subsidy without  addressing the problems in the downstream sector.

Recommendation for fuel subsidy removal however led to a rowdy session as majority of delegates expressed their displeasure against the total removal of fuel subsidy.

One delegate in his contribution noted the rich are major beneficial of fuel subsidy.

According the delegate, “Government keep paying refinery workers for doing nothing. No NNPC Management team has been sack for failure to deliver and we want government to remove the fuel subsidy totally.

“Federal government must ensure that all refineries are working to optimal capacity before we talk of full subsidy removal. The masses should be allow to suffer for government failure.”

Other recommendation of the committee include; the proposal for executive to send national budget to

National Assembly every september, passage of budget on or before December 31st by National Assembly and Constitutional provision for remittance of excess crude oil to sovereign wealth fund.

Delegates were unable to vote on the public finance committee recommendations because more than 100 delegates have not speak on the issue.

The conference would continue deliberation on the report on Tuesday.