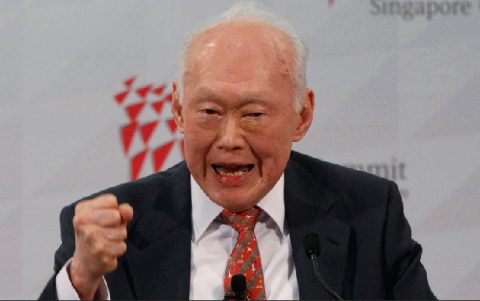 (AFRICAN EXAMINER) – The current climate of opinion in the country that looks upon corruption in public offices as a threat to the society calls for celebration on the part of the government. But this celebration is also viewed as superficial by some commentators as the purported achievement only exists in the frame. The reason for this position as advanced is simple and comes in double fold.

First, many believe that the corruption fight as orchestrated by the federal government is more of a well said rather than a well-done phenomenon.  The second point is the feelings of some Nigerians that the original vision behind the onslaught against corruption was sharp but the current goal of the fight is blurred.

An effort to bridge these opposing views will necessitate an objective evaluation of the entire process with special emphasis on the strategy used so far.  This inward recalculation exercise becomes imperative as the beauty of every strategy can only be pictured in the result.

With the above in mind, history becomes the only credible source of information needed to bridge this understanding disparity. That needed history and solution I have situated in the actions and inactions of Lee Kuan Yew, the pioneer prime minister of Singapore. A man that within a short space moved Singapore from the third world to first world economy.

My decision to use him as a signpost in this analysis is hinged on my conviction that he walked this part and came out beautifully victorious. Such achievement has made it crucial that we draw from his wealth of experience. Again,  for the reason of clarity, it is important also for all to realize that the degree of corruption in Singapore at the period under review was more complex than the situation we are currently faced with here in Nigeria.

In the light of the above, upon ascending the leadership mantle,  Lee, left no one in doubt of his personal resolve, clarity of vision and singleness of purpose to end the reign of corruption in the country.  How?

In his words, we made sure from the day we took office that every dollar in revenue would be properly accounted for and would reach the beneficiaries at the grass root as one dollar, without being siphoned off along the way. So from the very beginning, we gave special attention to the areas where discretionary powers had been exploited for personal gains and sharpened the instruments that could prevent, detect or deter such practices’.

Conversely, when the above is juxtaposed with what we were told in 2015, you will without labour discover a gap. We were told that President Buhari is a man of impeccable character which I still believe. PMB himself told us that we must kill corruption before corruption kills us, But unlike Lee Kuan, he was silent on how the nation is going to kill corruption. That to my mind is the missing link. That hanging statement presented the President as a General surrounded by many lieutenants but lacking in command and control. Lee and his group worked as a team but the PMB handlers are lacking in the collective commitment that is needed in a team. To illustrate this point, we have witnessed recently some of his lieutenants performed the role of the  Biblical Alexander the  Coppers smith.

Again, at some point in the fight against corruption in Singapore,  Lee, very undauntedly pointed out that  ‘It is easy to start off with high moral standards, strong convictions and determination to beat down corruption. But it is difficult to live up to these good intentions unless the leaders are strong and determined enough to deal with all transgressors, and without exceptions’.

The above point is again at variance with what is obtainable in our political space.  The propensity of this fight is fading and the vigour is visibly diminishing.This administration needs to  borrow the body of Lee Kuan Yew in order to raise the soul of this fight against corruption

On the strategy used, Lee Kuan Yew has this to say, ‘we decided to concentrate on the big takers in the higher echelons and directed the CPIB on our priorities. But for the small fish, we set out to simplify procedures and remove discretion by having clear published guidelines, even doing away with the needs for permits and approvals in less important areas. As we ran into problems in securing convictions in prosecutions, we tighten the laws in stages. Brief and Simple!

Very instructive, this is another area where we have to draw some good lessons if we are to be taken seriously by other nations. First, is the need for us to strengthen our existing laws and possibly enact new ones to suit the ever-changing legal environment. Our President must find a way to work with the National Assembly in a seamless manner if this war must be won. But let me quickly add that all laws to this effect must be made with a human face. This has become necessary as we have observed recently that suspects are left off the hook because they harnessed the loopholes and technicalities as engraved in our existing laws.

In making this call, I am well aware that there is nothing more ‘difficult to handle, more doubtful of success, and more dangerous to carry through than initiating such changes as the innovator will make more enemies of all those who prospered under old other’. But any leaders that do, come out powerful, secured, respected and happy. This is an opportunity that Mr. President must not miss.

In the same vein, efforts and energy need to be redirected to chasing the big fishes as they are the people doing the real damage to the nation’s economy. I am not in anyway trying to exonerate the small takers. The security agencies should on their own part, learn the art of diligent investigation, Investigations needs to be completed before prosecution. This is very germane as half- hazard investigations create escape routes for suspects. Efforts should be made to prime and position the EFCC, The ICPC and The Nigeria Police Force.

Equally important is the need for proper information management of the entire corruption fight process bearing in mind that we are now in the era of ‘let the people be informed’. The efforts and contributions of the donor agencies toward this fight should be made known to all and appreciated. Hoarding such an information can only but portray us as an ungrateful nation and can equally be viewed as a  corrupt practice on its own.

If efforts and contributions of donor and development agencies to save Detroit state from bankruptcy in the united states of America was made public, why must ours be different?

This time is obviously auspicious for us as a people to learn from the nations that have passed through this part as the masses are expecting from this administration not just stamping out of corruption but a   total creation of a sustainable socio-economic prosperity.