The Hatchet Man’s Job, Dele Momodu to the Rescue 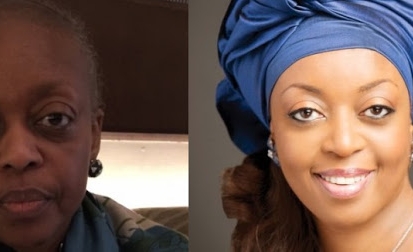 BALTIMORE, MD (AFRICAN EXAMINER) – When a text message “flew” into the phone of Mr. Dele Momodu asking him to help tell the “tale of a woman in deep pain and anguish for variety of reasons” you wonder from whose perspective Mr. Momodu reported the encounters.  The same woman who cleverly avoided providing her telephone number to Mr. Momodu several years back just suddenly and from no where contacted him and offered to be interviewed on her travails and stewardship as petroleum minister!  She chose Mr. Dele Momodu as the vehicle to set the record straight about accusations of impropriety, corruption, mismanagement of the nation’s crude oil sale and oil blocks’ alocation, and even her personal life and romance.  Ms. Diezani (now Madam Diezani in the reckoning of Mr. Momodu!) Alison-Madueke found a very good platform to engage Nigerians and hopefully win them over.  This was the same woman who failed to respond to several summons from the National Assembly to answer to major allegations regarding her action as petroleum minister; the woman who insulted journalists and editors with glee and refused to be held accountable; the woman who ran the nation’s petroleum ministry and NNPC to the ground and sold the nation’s crude oil at a loss to the state, then suddenly things turned around now that she is faced with insurmountable challenges and scrutiny by a special investigative force in the UK and the Nigerian government and she suddenly she found a hatchet man in Mr. Momodu. I am of the view that everyone believed the encounter between Mr Momodu and Ms. Alison-Madueke took place but the outcome of that encounter between the garrulous reporter and the desperate, troubled former minister is what is baffling.  Madam Diezani suddenly appeared human again; her condition and all, and we are expected to accept her lame responses as gospel truth!  She was not even pressed further nor asked follow-up questions to make her shed more light on so many sensitive issues relating to how she went amok running and ruining the crude oil of Nigeria into huge deficit .  What is the point in conducting an interview when the interviewee cannot go into details?  Why settle for “general details” on matters that were very crucial and that resulted in the disappearance of billions of dollars and massive loss of income by the government?  Must Mr. Momodu conduct a lame interview like this, an interview which gave full advantage to the interviewee and put the hands of the interviewer behind his back and unable to do a decent job?  I am sure Stephen Sackur or Christine Amanpour would have turned down the opportunity to conduct a restrictive, dubious interview like this, but not Dele Momodu – he jumped at the opportunity.

Under Ms. Alison-Madueke Nigeria became the first crude oil trader that will sell crude oil at a huge loss and record steady losses while the companies who lifted crude oil from her reported billions in income on a steady basis.    Strangely she did not invite Mr. Momodu to her home, which should have availed him the opportunity to see the house, appraise her living environment and enable him to report the facts back to his readers; rather she cleverly chose a “popular restaurant near Regent’s Park,” and the only photo that came from the encounter was that of a woman undergoing treatment for breast cancer.

The photo automatically struck you as that of someone going through a serious medical treatment, and that photo did well to make you and I feel sorry for Madam Diezani, which is a human thing to do, but the photo did not put to rest all the actions and inaction of the woman who was lord and master unto herself and who acted with total impunity and disdain for Nigerians while her reign at the petroleum ministry lasted.  Did Mr. Momodu ask her why there was so much fuel scarcity and why women and children had to sleep in filling stations to get kerosene throughout her tenure?  Did Mr. Momodu ask her why she paid billions of Naira for two private jets she hired for her sole use and frequent travels?  Whose interests did Mr. Momodu serve with his interview with Madam Diezani?  That interview would have properly find a more appropriate space in Ovation along with photos of Madam Diezani and her family enjoying life in the planes, going on jewellery purchase spree at Harrods, enjoying life in Houston, Texas and splashing photographs from her London home for us to see and envy.

There were, according to Mr. Momodu, “several off-the-record interludes” in the course of the interview.  “Of-the-record interludes,” did I hear him say?  It now became the duty of Mr. Momodu to ensure that they did not “discuss in detail matters which might impact on the cases and legal problems now bedevilling her.”  So what was the purpose of the interview?  Which decent and purposeful interviewer engages in such “interludes” only to end up with a bland, almost useless interview? Obviously, the purpose of the interview was to allow Madam Diezani a soft landing; to make her look good, to make Nigerians see her as truly very sick and ask ourselves why the government is “going after” and bothering “this sick woman.”   But the truth is that most Nigerians want Diezani Alison-Madueke brought to justice, made to account for her stewardship, probed, tried and brought to justice for the mess she created at NNPC for making the business of crude oil sale look like a bad, unprofitable business.

2 Comments for “The Hatchet Man’s Job, Dele Momodu to the Rescue”