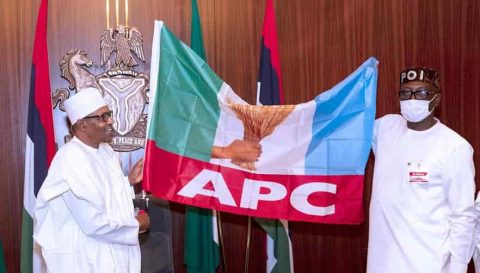 Also, in attendance at the meeting which held at the Presidential villa were Governors Abdullahi Ganduje of Kano State, Atiku Bagudu of Kebbi.

At the end of the meeting President Buhari presented the APC flag to the party’s candidate Pastor Ize-Iyamu.

However, the immediate past National Chairman of the ruling party, Comrade Adams Oshiomhole – who is believed to be the Ize-Iyamu’s godfather was absent in the entourage.

The election promises to be a show of political might between the incumbent Governor Godwin Obaseki of the People’s Democratic Party (PDP) and APC flag bearer Pastor Osagie Ize-Iyamu and his godfather Adams Oshiomhole.