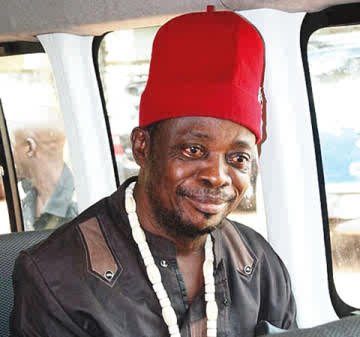 The Economic and Financial Crimes Commission, EFCC has arraigned a traditional ruler, Cornelius Nwoga, Nze Obi the (IV), before Justice  Agishi of Federal High Court, Enugu, on a 8-count charge of conspiracy and obtaining money under false pretense. 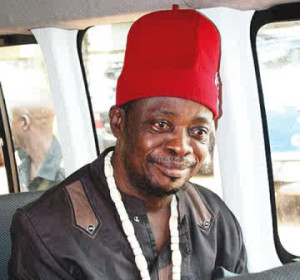 The accused is alleged to have conspired with a syndicate to defraud one Okey Marcel of the sum of N12, 435,500 by falsely presenting himself as a staff of Agip Oil Company and awarding a contract to construct five boreholes to Okey Marcel with the pretense that Agip Oil Company was awarding contracts for Aggah town, Egbema, Rivers State.

“With intent to defraud obtained the sum of N2,500,00.00 (two million five hundred thousand naira) from one Mr. Okey Marcel Nwanekezie, when you falsely represented yourselves as a staff of Agip Oil Company and elders of Aggah village with a contract to construct five (5) boreholes in Aggah village, which pretense you knew to be false and thereby committed an offence contrary to section 1 (1) (b) of the Advance Fee and Other Fraud Related Offences Act, No.14 of 2006 and punishable under section 1 (3) of the same Act”.

The accused person however, pleaded not guilty to all the charges brought against them.

Following the plea of the accused person, prosecuting counsel, Innocent Mbachie, asked the court to fix a date for the trial and to remand the accused in prison custody.

Meanwhile, efforts by the defence counsel, Sunny Onyike to move a motion for bail for his client was opposed by prosecution counsel on the ground that he has just been served in the court and so would need time to respond to it.

The judge, Justice Agishi thereafter, adjourned the case to April 14th 2014, for hearing on the bail application while the accused person was remanded in prison custody.