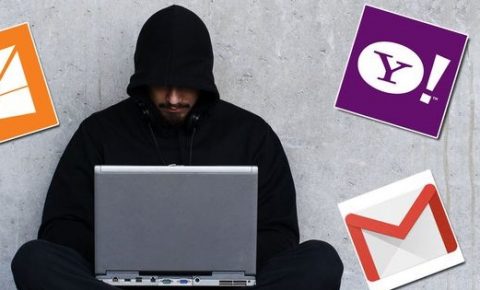 The convicts are, Orji Uchenna, Chime Isaiah, Ogbu Obinnna, Dunu Franklyn Tochukwu and Victor Patrick, and they all pleaded guilty when their separate one-count charge was read to them respectively.

According to the anti graft agency ‘s Spokesman, Mr. Tony Orilade, investigations by the EFCC, revealed that the convicts were in the habit of using fraudulent names and emails to defraud unsuspecting citizens of foreign countries.

Orji was found to have represented himself as George Terry Williams, a British Widower on the Internet and knowingly sent the identity through his Whatsapp to Novelette Lothian.

Ogbu in his part, represented himself to be a Catholic priest with the name  Rev. Father Micheal Donatus, on the Internet and knowingly, sent a message through his email to one Kris Mohanpersad, while Chime who also represented himself as Russell March, an American and knowingly sent a message through an email account:officialconsult775@gmail.com to several individuals.

The prosecution counsel, Dalyop Eunice Vou in view of the guilty plea of the convicts, asked the court to sentence them based on the plea bargain agreement they entered with the commission.

However, the defense counsel, Ernest O. Isiewu, asked the court to temper justice with mercy on the grounds that the convicts were all first offenders.

Pronouncing his verdict on the matter, the presiding judge, Justice N.I Buba, found them guilty and sentenced them to one-month imprisonment respectively, just as he equally ordered that the iPhones and laptops recovered from the convicts be forfeited to the Federal Republic of Nigeria.