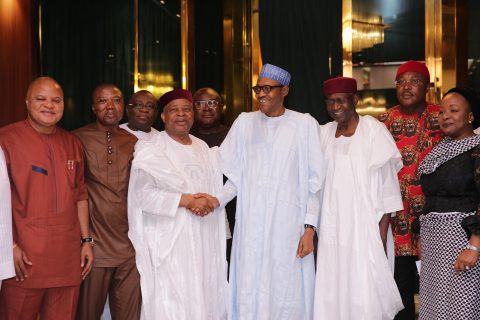 The politicians who visited under the aegis of South East Group for Change were led by the former Senate President, Ken Nnamani.

The meeting held in President Buhari’s office at the Presidential Villa.

President’s aides, such as his Chief of Staff, Mr. Abba Kyari and some other top government officials joined him in receiving the group.

After the meeting, none of members of the delegation obliged interview from the State House Correspondent.