Electricity Company of Ghana has taken Ghanaians for fools 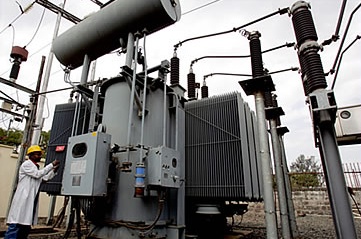 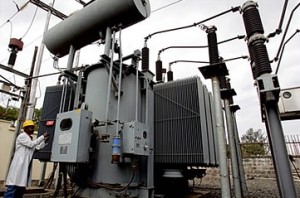 Electricity Company of Ghana has done the unthinkable. In fact, they have done the abominable.  It harbours a lot of Boko Harem and Al-Qaeda in its belly. If I had my own way, the entire management staff would be taken to the nearest shooting range and summarily executed.

Nobody should doubt my democratic credentials; neither should anyone doubt my sanity level for I am in total control of all my senses. But the Company has given us more than we can chew. On top of their inefficiency in rendering services, it has devised ways of making its clients pay for services not rendered.

They have been asking clients to cough huge sums of money under the flimsy excuse that they had arrears on their previous metres before they were replaced with the pre-paid ones. Our residence had to pay GHC920.00 about two years ago. A female colleague of mine also shared the bitter experience she had at the hands of the company. She was made to part with GHC300.00 of her hard earned money.

A lot of people have complained of similar experiences. But what really annoyed me was the fact that it had extended its criminal and irresponsible attitude to the house of God. Last week, the Presbyterian Church where I worshipped went to buy units, but was unable to buy.  We were told we had unpaid arrears of GHC200.00 on the old bill. How? I asked. They could not give any tangible reason except that we owed the Company and had to pay before we could get access to power.

It’s time we told those unrepentant souls at the Company that there are civilized ways of doing things and if they continued in their nefarious and shady ways, we shall chase them into the rat holes from where they have emerged. We could as well resort to the unorthodox way to make them pay for their crimes. Their cup is full and they must be prepared to pay for their atrocities which they have committed over the years.

The church never defaulted when we were using the previous meter. We paid our bills as and when due. The same applied to my house. If indeed, we owed the corporation why should it take as long as two or three years after those metres had been replaced before coming up with their fatwa. And the most insulting aspect of the whole show was that the company did not have the courtesy to inform its clients of the arrears. One got to know only when one went to purchase power/units.

How could the company treat its clients arbitrary like that? Wherein lays the justification in billing clients when evidence points to the contrary?  The Company can afford to do that because it is enjoying a monopoly in power generation and distribution. The powers that be must read the riot act to the top management otherwise they may one day wake up from the wrong side of their bed. They should not forget that one day a huge debt will be clamped on the company for inefficiency and breach of contract. When that happens it is the whole nation that will lose and nobody will blame the people who took the company to court for redress.

We should therefore make hay while there is sunshine. The Company should be warned to desist from such unorthodox/unprofessional practice immediately before the full rigours of the law are made to bear on the corporation.

Dear reader, do not think that I am crying wolf whilst there is none. Do not think I am out to get public attention for I have that already. I am out to forewarn you of the impending betrayal of trust that will inevitably befall you if you let loose your guard. The most ironic thing about the entire saga is that this abuse of trust is not restricted to a particular area. It is widespread. And so the fact that you are not yet affected does not mean that your turn will not come. You might be the next victim of the ECG capricious and whimsical use of power.

To this end, all users of electricity must rise up and speak with one voice. We must condemn this dangerous misuse of power by state companies empowered to provide services to the masses. The looting and stealing must stop immediately. The Company owes Ghanaians a lot of explanation and apology for the method it has embarked upon on to extort money from the unsuspecting public. Can the Company give us an account of its stewardship? Should Ghanaians be made to pay for the incompetence of her “untouchables”?

Does the company charge its clients for services which have already been paid for? Why should it take so long a time to demand payment? Why did the company not send bill to consumers at the appropriate time? Where is the proof that the client indeed incurred the bill/debt l he/she was alleged to consumed?

But hey, wait a minute for I am not done yet.  The company has taken our silence to mean our weakness. When the time comes, we shall teach them a bitter lesson they would never forget. We shall tell them that when we buy kenkey, we must be given pepper. It has gone ahead to buy new pre-paid metres which it has started fixing on electric poles.

The Company must give answers to the following poser? Why does it have to resort to such venture when there are many unused pre-paid meters in its custody? There could be only one motive. Corruption! The Nefarious Destructive Cancer wants to have a slice at the national cake. Whoever ordered the new pre-paid meters wants a percentage of the overall costs involved in the transactions. Does the NDC Government want to tell us that the meters have to be changed every three or four years? What happens to the unused pre-paid meters lying “helplessly” at the company’s offices throughout the country?

What has happened to the previous old meters which have been replaced by pre-paid ones?  Is someone using them for gain? You see, this is not the first time such a thing has taken place. You remember that when Betty Mould, the discredited Attorney General and Minister of Justice was moved from the Minister and sent to the Education Ministry, she changed all the furniture, fittings and everything in the office of the Minister. Honourable Alex Tettey Enyo had been the immediate past Minister. We do not know why she transformed the office. But I think she did that to suit her taste. Till date, we have not heard what happened to those furniture and other things which were removed from her office.

Since Government and the State Institution charged with making sure that those items were retrieved from Betty Mould failed to act in accordance with the laws, the Electricity Company has followed suit and is causing financial loss to the State. If we have to change these prepaid meters once every three years, we must sit down to analyze the cost implication for the country.  Are we not committing hari-karri by engaging in this fool-hardy enterprise? What is wrong with the current pre-paid meters to warrant their being replaced? And isn’t it a danger to life and property to fix these pre-paid meters on electricity posts erected along our streets? Has the company taken any precautionary measure to ensure that fire outbreaks are reduced to the barest minimum during and after their installation? Initially the meters which were installed in rooms and offices were insulated against the vagaries of the weather. The Company later removed them from the rooms and installed them outside; but they were somehow protected from the weather. But the new method of installing these meters, at times about seven to ten on one electric post leaves much to be desired.

Is there any clandestine motive to commit genocide on a particular group of people?  There have been cases of fire outbreaks within some communities when the new metres were installed on electric posts. What guarantee is the Company giving to its consumers to ensure that what happened to people in communities where the new meters were installed will not happen to us if and when we agree to allow the ECG to install those killer metres on our electric posts? By then how many people would have died? Who are leading the crusade in taking such unmeritorious decisions?

Should they be given awards for common sense? No, I don’t think so! Electricity Company of Ghana is causing financial loss to the country and must be stopped in its track!