The Nigerian Senate has deferred the debate on President Jonathan’s request to extend the emergency rules in Adamawa, Borno, and Yobe states. 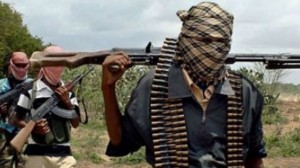 The president had on Tuesday in a letter addressed to the senate sought to extend the emergency rule in the 3 northern states for additional 6 months.

Meanwhile, the Senate postponed debate on the request following a motion moved by the Senate Leader, Victor Udoma Egba to allow the Presidency to gazette the proclamation of the extension of the emergency rules in accordance with the constitution.

The postponement was also to allow senators to evaluate the performances of the country security operatives in the on going military campaign against activities of the Islamic terrorist group Boko Haram in the North Eastern part of the country.

As a result, the Senate has summoned all the nation military service chiefs to appear before the upper chamber in order to aid their deliberations on the request of the President.

They are expected to appear tomorrow (Thursday) at the senate chamber.