EURO 2016: Rooney Assures England’s Players Are At Home With The Manager, Roy 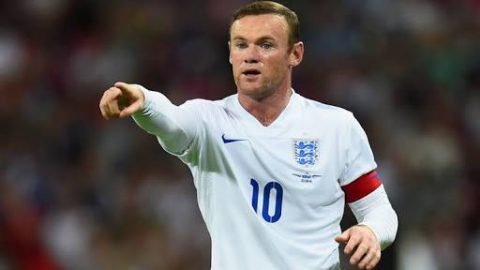 BALTIMORE, MD (AFRICAN EXAMINER) – England Captain Wayne Rooney has insisted that he and his colleagues respect their Manager Roy Hodgson’s decision to make six changes for Monday’s 0-0 with Slovakia.

Rooney’s confirmation is against the background of speculation that he was shocked for being left out and who came on as a second-half substitute.

Instead, the Man U striker maintained that England were “a happy camp at the moment”.

“I respect Roy’s decision. As a player, you want to play, but going into the last-16 game against Iceland I’ll be a lot fresher” asserted Rooney.

With draw with Wales, England is to lock horns Iceland on Monday for a place in the quarter-finals of Euro 2016, while Wales will tackle Northern Ireland on Saturday.

“I think it’s a decision that Roy had to make in terms of keeping players fresh and believing in the squad he has got.

“I agree with it. The players that came in were good enough to win the game but you have to give credit to the opposition because they defended very well” Rooney further stated.

Rooney who is leading England for the first time at a major tournament, will win his 115th cap next Monday, to rival a former team’s captain David Beckham’s record for an outfield player.

The striker said it was a huge honour for him to captain England National team, promising that it was a task he determined to discharge the “best his ability and “with a lot of pride”