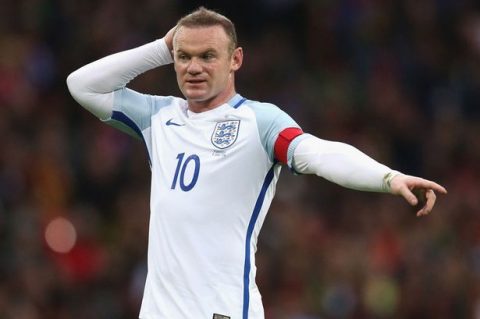 Everton and DC United made this announcement simultaneously Thursday afternoon.

The former Manchester United striker will officially complete his move when the US mid-season transfer window opens July 10.

There is no transfer fee, but it is understood that DC United have agreed a compensation package with the Toffees.

The deal is said to worth £10m – meaning he becomes the highest paid player in DC United’s history.

Rooney, 32, will make his debut when the club open their new 20,000-capacity Audi Field Stadium July 14.

“Moving to America and MLS fulfils another career ambition for me,” Rooney told the club website.

“I have the hunger to be a success here and will give DC 100% – as I have always done for every team I have ever played for. Now I can’t wait to get on the pitch in a United shirt and join my new teammates to bring success to this club.”

The Manchester United and England’s record goalscorer agreed a deal in principle last month but was undecided about leaving Everton halfway through his two-year contract.

He will leave the Premier League as its second highest goalscorer with 208 goals, advanced only by Alan Shearer (260).