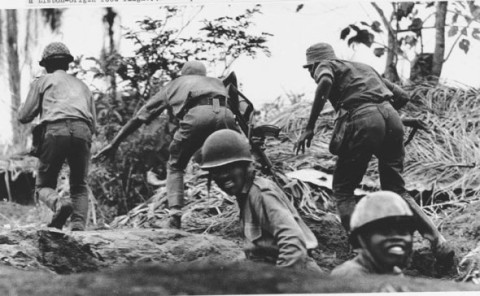 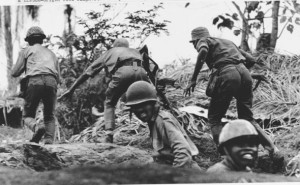 Former -Biafran soldiers have threatened to stage a street-wide protest in Abuja  if the federal government fails to pay them their entitlements.

The ex-soldiers said they have decided to take their destiny in their hands, and would literally halt government and commercial activities in the federal capital territory (FCT) Abuja by the time they embark on the street protest in order to attract the attention of the international community on their age long plight.

They made this known Thursday in Enugu shortly at the end of their emergency meeting, adding that,” barring any last minute intervention, the planned showdown would kick off “in a couple of weeks.”

The meeting was presided over by Colonel Victor Onah (rtd) and Ibe Nwachukwunta, as National Coordinator and Attorney respectively.

The aggrieved ex-soldiers told newsmen that the action had become necessary since  the government, had refused to pay them their entitlements, more than 40 years the civil war ended,  despite repeated promises.

“While several promises have been made on paper, nothing is on ground to show that the government is concerned about our existence,” they said.

While condemning the nonchalant attitude of the federal government towards their plight in spite of their contributions to the nation, the veterans also noted that most of their members had lost their lives because of the absence of reasonable sources of livelihood.

Apart from demanding that urgent attention, rehabilitation, settlement, payment of their emoluments and entitlements, and any other money be given to them, they also requested for their re-integration and assimilation into the nation’s armed forces in order to facilitate the payment of their pensions.

“We are dying everyday of hunger, poverty, disease, frustration and abandonment and we have resolved and refused to accept the government’s further abuse of our human rights, abandonment and non-payment of our entitlements.”

They also stated that the issue would long have been resolved had the late former president Umaru Yar’Adua not passed on.

“Since the end of the civil war, it was only the late President Umaru Yar’Adua that accepted to address the issue before he passed on,” the statement also added

According to them, “Since President Goodluck Jonathan came on board, nothing has been done to activate the promises of the late former president.”

They said, “President Jonathan needs to be reminded of the war veterans’ demands. We have made several efforts to get across to the president. It is unimaginable that most of us still live in rented houses since 1970. Our coordinator is even facing an ejection court case at a magistrate court in Enugu.”

The veteran soldiers, called on governors of the Southeast and South-South states, as well as other prominent political office holders from the two geo political zones, to prevail on the President to respond to their plight.