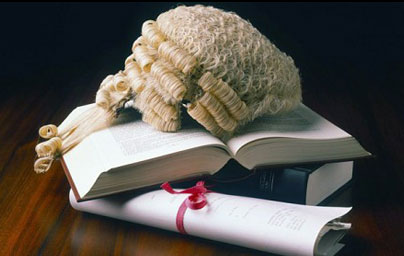 LAGOS, NIGERIA (AFRICAN EXAMINER) – A Non-governmental NGO organization – the Muslim Rights Concern MURIC has demanded the Nigerian Law School as well as the Nigerian authorities to immediately direct the ‘call to bar’ of  a former Law student of University of Ilorin UNILORIN, Miss AbdulSalaam Firdaus Amasa.

The Body of benchers last week Wednesday refused Miss Amasa from being called to bar after she was asked to remove her Hijab, but declined, at the International Conference Centre ICC – the usual venue of the ceremony.

While addressing a press conference Tuesday in Lagos, MURIC’ President Prof. Ishaq Lakin Akintola called for a judicial inquiry into the circumstances surrounding the alleged molestation of the Muslim students (Amasa’s mates) who were ”forced to remove their hijab on that fateful day”.

The Muslims’ rights activist demanded for a review of the code of dressing in the Nigerian Law School as it affects the ‘manifestation’ of religious beliefs. He also advocated for the intervention of the Nigerian National Assembly NASS on the matter.

While lamenting the alleged mishandling of Amasa’s colleagues as well as accusing the Law school of the repeated similar act, MURIC stressed that the action of the officials contravened Section 34 (i) (a) of the Nigerian Constitution which says, “Every individual is entitled to respect for the dignity of his person, and accordingly, no person shall be subjected to torture or to inhuman or degrading treatment.”

Citing previous similar suits in which court have made explicit pronouncements, Prof. Akintola charged ”If, indeed, the Law School has rules which make the wearing of hijab an offence for a female Muslim graduate of law to be called to bar, then the Law School has erred. It has targeted Muslims for victimization. It has made it impossible for female Muslims to ‘practice’ and to ‘manifest’ their faith. The Law School has infringed upon Allah-given fundamental human rights of Muslim female students. Our stand here is that whoever persecutes one Nigerian Muslim, whether male or female, has persecuted all Nigerian Muslims.

”The Nigerian Law School has disappointed millions of Nigerians by its handling of the Firdaus hijab imbroglio. It has exposed its underbelly with this ugly incident. This is an institution that should be fighting for the rights of the oppressed, promoting equal rights and justice and charting new directions in the pursuit of the legal profession. It should be the one giving Nigeria’s young lawyers the skills to fight inadequacies in our society. But the institution failed woefully in this regard. As a result of this failure, members of the public are now the ones doing what the Law School should have done. This can be compared to civilians arresting policemen”.

The organization said this was where people of good conscience must also come in, calling ”patriotic Nigerians and progressive groups” to step into the matter before Nigerians are enslaved in their own land.

”The Law School has come for the Muslims today. We urge Nigerians to stand up for justice regardless of ethnic or religious background. It may not necessarily be a matter for religious consideration. Rights are rights everywhere under the sun. Rights are colour-blind. Rights know no religion. We must therefore be prepared to break down the barriers of rights and freedoms.

”This hijab saga must be seen beyond religion. It is about human rights. A helpless lady has stood her ground to protect her dignity and for this bold action she has been denied her right to be called to bar. This is what she has toiled for all her life. Her university found her worthy in learning and in character only for the Law School to adopt a yardstick unknown to law to deny her call to bar. It is therefore a battle between convention and constitutionalism. The latter cannot win by any standard. Not when men of conscience and principles still exist in this country. If it is tradition, it must first bow to the course of law” the MURIC boss demanded.

Prof. Akintola who regretted that the Law school which ought to be the custodian of Law has unfortunately become an institution traditionally contradicting the same constitution, advocating that such an establishment ”must go”.

”It is illegal, illegitimate and unconstitutional to make rules which make it impossible for any citizen to practice or manifest his or her faith or to publicly undress our girls and trample upon their headgears. It is the height of lawlessness and bestiality.

”No human rights group worth its salt will see this matter as purely religious. Nay, it is about freedom and liberty. We therefore invite the Nigerian civil society to take a dispassionate look at this matter and take a honourable stand. We need to adopt the right perspective and a purely ideological drive to analyze issues of rights, not primordial sentiments” Prof Akintola challenged.

MURIC emphasized that the Civil right societies and Nigerians must come together to emancipate vulnerable women and children who are tied to the shackles of conventions and traditions that are unknown to the constitution, specifying that one such tradition was this undue phobia for hijab.

While urging Nigerians to break the barriers of allergy for women in hijab, the Muslim activist maintained that Muslims did not deserve to be treated like underdogs of the Nigerian society.

”We demand full integration and full recognition as bona fide citizens of Nigeria, not second or third class citizens. We are the aggrieved party. The British most brutally and most unjustly took all we had from us, giving us nothing in return and offering no relief. It has continued to give us a feeling of rejection, marginalization, denial of the dividends of democracy and lack of a sense of belonging. The time for redress is now.

”Although the Nigerian Law School has provoked us, we are making our demands peacefully now without issuing threats. These are dividends of democracy that have not been allowed to reach Muslims. The time to give them is now. Boko Haram militants may have adopted the wrong method but we believe these grievances are nursed by all Muslims. We must avoid another pogrom.

”Muslims are generally law abiding. We are not terrorists. Terrorism is mere smoke and there is no smoke without fire. Any good fire-fighter will not direct his hose at the smoke. It is the fire which caused the smoke that must be extinguished. By the same token, we assert that the fire which causes the ‘smoke’ of terrorism is injustice and provocation, just like the unjust manner Firdaus has been treated by the Law School. We affirm that those who want peace must pursue justice and fairness because justice is the soul of peace. No one can deny one and still enjoy the other” Prof Akintola restated.

Similarly, MURIC President urged the Law School and other Nigerian institutions to desist from actions capable of militarizing religious and ethnic groups, noting that some people might seek the militancy option when all else fails, yet said was committed to peace.

”We are middle-roaders and socio-intellectual jihadists seeking freedom for the oppressed, food for the hungry, healing for the sick, clothing apparels for the naked and shelter for the homeless. We remain oppressed until the hungry are fed, the sick healed, the naked clothed and the homeless sheltered. We will not let up in this jihad until these laudable goals are achieved’ Akintola declared.

While responding to questions from journalists on the possible alliance between the MURIC and other civil society groups, on the current saga, Prof Akintola revealed that in the past, he used to be a member of Campaign For Democracy CD, but regretted that the collaboration overtime had to stop as it was observed that the groups always developed ”cold feet” when issues relating to Muslims’ rights and came up.

The MURIC Leader who stated the alliance that exists presently between the body and other similar groups was ”tactical” added that despite the challenge of cooperation, the group was still considering collaborating with the #Bring Back Our Girls BBOG group on the Amasa’s saga.