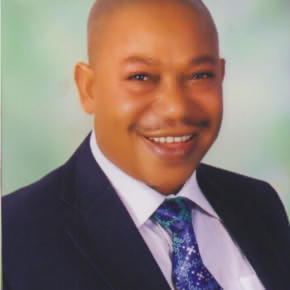 By Ignatius Okpara, Owerri – There are strong indications that some aggrieved members of the Imo state House of Assembly may have perfected plans to impeach Speaker of the House, Hon. Acho Ihim, over his alleged insensitivity to their welfare.

A source close to the lawmakers, who craved anonymity, told AFRICAN EXAMINER in Owerri on Tuesday that    unless governor Rochas Okorocha, of the state intervenes urgently in the ongoing cold war between the said members and the Speaker, the state may be the first to record impeachment of a speaker in the present political dispensation.


According to the source, the aggrieved lawmakers, made up of the only six minority PDP members, as well as ten of their APC colleagues, are not happy with the Speaker’s non challant- attitude towards getting Governor Okorocha,  to pay them their welfare packages since inauguration of the House in June this year.

“Rather than pursuing the collective interest of the entire members, the Speaker, has been  seeking favour for him self and his apologists from the governor, and executive arm of government” the alleged.

However, going by the level the impeachment plot has reached so far, their speculation in some political quarters in the state, that the speaker, may be ousted in the next few days except something urgent is done to placate the lawmakers.

Our Correspondent reliably gathered that the immediate past Deputy Speaker of the Federal House of Representatives, and defeated Peoples Democratic party, PDP governorship candidate in Imo state in the last polls, Emeka Ihedioha, is highly interested in the wrangling, and has allegedly invested heavily in the impeachment project.

The angry members, are equally accusing Ihim, whom they alleged is an ardent supporter of Governor Okorocha, of not concentrating on his duties, a development they claimed had been adversely affecting legislative business in the state, since their inauguration.

The source alleged that “just recently, the Speaker secretly travelled to the United States (U.S.) with governor Okorocha, for yet-to-be known reasons.

AFRICAN EXAMINER investigation reveals that a total of 16 out of the 27-member House, have appended their signatures in the impeachment  project.

Ihim, a second term member of the Imo House, represents Okigwe state constituency, under the platform of the ruling All Progressive Congress, APC