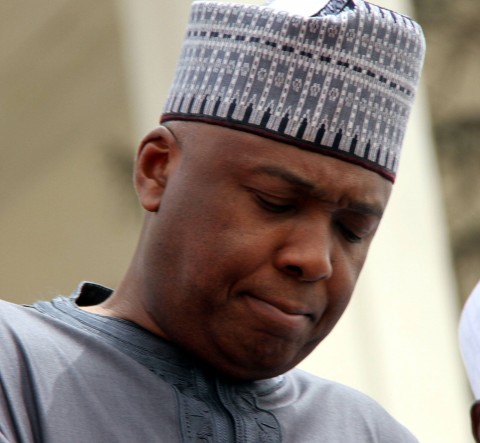 ABUJA, NIGERIA (AFRICAN EXAMINER) – The Court of Appeal in Abuja has dismissed Senate President, Bukola Saraki’s appeal, which is challenging constitutionality of Code of Conduct Tribunal (CCT) in hearing allegation of false asset declaration against him.

Justice Abdul Abok in his leading judgment held that contrary to Saraki’s contention, the Attorney-General of the Federation had the right to file the suit against him before the CCT.

Senator Saraki has argued that the CCT is not properly constituted; that its Chairman, Justice Danladi Umaru lacked moral right to preside over alleged cases of corruption, as he has once been alleged to have collected bribe to subvert justice.

The Senate President has also argued that he had lost confidence in Justice Umaru, with respect to doing justice on his suit, just as he once threatened that the defendant (Saraki) would dearly pay for delaying hearing on the suit.

Other members of the Appeal panel unanimously agreed with Justice Aboki’s‎ ruling. The eight grounds of Saraki’s appeal were resolved against him.

The appeal court repeated the similar ruling by another court that the Constitution did not mandate the CCT to invite the appellant to enable him make written acceptance to the alleged crimes.

Justice Aboki also held that the CCT had rightly shelved its earlier determination, which absolved a former Lagos State Governor Asiwaju Bola Tinubu‎ on the ground that he was not invited by the same court with the allegations levelled against him.

The Appellate court also dismissed Saraki’s prayer on the timing of the alleged crime- the interval between the time a crime was allegedly committed and prosecution was not relevant.