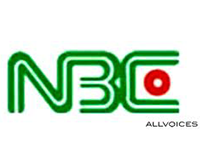 (AFRICAN EXAMINER) – Charles Uwagbai, a Nigerian filmmaker, has instituted a lawsuit against the National Broadcasting Commission (NBC) over the controversial amendment of the broadcasting code.

The NBC recently launched the amended 6th edition of the code which has been criticised by industry stakeholders.

The code seeks to regulate content exclusivity, enforce content sharing and empower the NBC to determine prices at which content is sold to sub-licensees by rights holders.

Also, the fine for hate speech has been increased from N500,000 to N5 million.

Ikra Aliyu Bilbis, chairman of the NBC board, had publicly stated that Lai Mohammed, minister of information and culture, amended the country’s broadcasting code “unilaterally” without involving relevant stakeholders.

In the suit filed by Olumide Fusika, the plaintiff’s counsel, Uwagbai contended that the NBC Act can only be by amendments to the statute that created it, and not by “approval of the President” of the recommendations of the committee of the National Broadcasting Commission”.

He said the notice of the amendment which was published on several media platforms was signed by “management” but NBC has no organ known or named “board” and “management”.

According to the filmmaker, there are allegations that “the board and management referred to in the publication were persons outside the commission who had used their political power and connection to capture, subvert and utilise, in aid and promotion of their own business aspirations, the responsibility vested in the defendant to establish and disseminate a national broadcasting code”.

Uwagbai submitted that according to Section 3 of the National Broadcasting Commission Act and Rules 1, 4, 7, 8 and 11 of the first schedule (supplementary provisions relating to the commission) the NBC can only exercise its powers to establish and disseminate the broadcasting code after a resolution is adopted by a quorum of its stipulated members.

He urged the court, therefore, to make a declaration “that the establishment and dissemination of a purported addendum to the 6th edition of the NBC code by the persons or bodies and/or through the process/procedure stated in the preface (at page 6) thereof is unknown to law, and therefore null, void and of no effect whatsoever and howsoever”.

He also prayed for an order setting aside the said addendum “for constituting an abuse, by capture and subversion, of the responsibility statutorily vested in the defendant, under Section 2(1)(h) of the National Broadcasting Commission Act, Cap N11, Laws of the Federation of Nigeria, 2004”.

In the alternative, the plaintiff wants the court to compel the NBC “to disclose and make public the full details and records of its meeting(s) or proceedings at which the same was proposed, considered and established, and resolved for dissemination to the public (including but not limited to the notice(s) convening the meeting(s), the members in attendance and their vote(s) at the meeting(s), etc.)”.