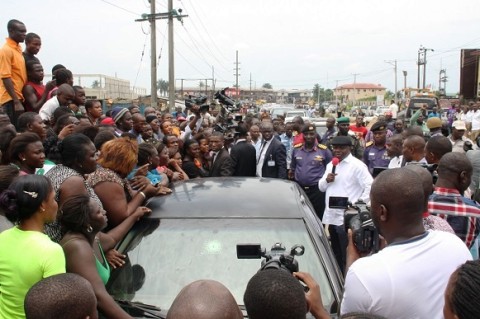 DELTA State Governor, Dr Emmanuel Uduaghan has said it was better to bear the temporary pains associated with growth and development than to continuously live in deplorable conditions. 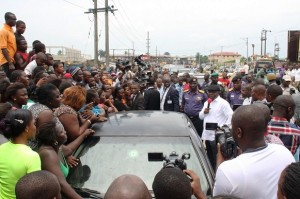 Addressing traders at Slaughter Market, Refinery Road, Ekpan, the Governor observed that developmental projects, especially the ongoing removal of illegal structures will certainly cause some pains to people but noted that such pains were temporal.

According to him, palliative measures have been put in place for people affected by the removal of illegal structures to enable them relocate to authorized designated areas.

“We must clean up Warri, Effurun, Udu and environs, as we cannot continue to live in a dirty environment,” Dr Uduaghan said, stressing:”People should stop using Caravans to trade on the streets and turn the streets to markets.

“We should be proud of good environment; we should keep our environment clean to make the environment beautiful and healthy for living.”

He reiterated that he was aware that people were complaining about the pains they are undergoing as a result of the ongoing development in the state and explained that it was part of the sacrifices for a better society.

It would be recalled that Governor Uduaghan in his administration’s commitment towards ensuring that Warri, Effurun and environs were clean, set up a task force headed by the Deputy Governor, Prof. Amos Utuama to keep the areas clean.

Similarly, Governor Emmanuel Uduaghan has given stone dealers along Effurun expressway five days to remove their goods or face the wrath of the law.

The Governor accompanied by top government officials gave the warning while inspecting the level of progress made by the Task force set up to ensure that Warri and environs were clean.

He asked the traders to relocate to a safer place where they will not constitute public nuisance with their trade, stating that the government was prepared to ensure that things were done the right way in the oil -rich state.