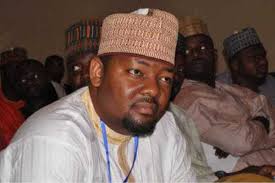 A renowned Kano businessman, politician and an All Progressive Congress (APC) leader, Alhaji Ismael Ahmed has been dragged before the Human Rights Commission (HRC) for allegedly violating the United Nations Charter on Human Rights and the Child Rights Act, 2003.

The All Progressives Congress (APC) chieftain, Ahmed however denied the accusation, saying it is untrue.

The petitioner, Anisa Danbatta said the paternity of the child was not in doubt but that Ahmed abandoned the child.

The petition reads in part: “I Ms Danbatta, a single mother of a 1 year old child, seek through this petition to your commission, a redress of a breach of my human rights under the UNCHR, the CRA, 2003 and chapter 2 of the 1999 constitution as amended by the National Assembly.

“I Ms Danbatta through this petition, seek to inform the commission about Barr. Ismael Buba Ahmed, who is the father my child, but has since absconded from his duties as a father, leaving me a hapless single mother of his child without care and necessary care under the above statutes and constitution of the country to the care of a father.

“The victim of this neglect, I Ms Danbatta and my hapless and unprotected child, have been under the excruciating yoke of neglect and lack decent care for ourselves arising from this neglect by the culprit and father of the child, Mr. Buba Ahmed.

“Mr. Buba Ahmed’s paternity of the said child and knowledge of the mother are not in doubt, but several efforts to make him take responsibility as a father have proved abortive, hence our resort to the commission”.

According to her, the future of the country’s political and economic future would have been assured, “Your important office is aware of the strain of unprotected children to the society and the danger, security and political Wise, these unfortunate children can be to the society, should your office and other institutions charged with the responsibility of addressing this problem give a blind eye to their neglect.

“Our noble aspirations to grow our nascent democracy to an enviable and sustainable level could only be achieved when we get our foundations right and the key foundation to a solid democracy would be to provide the above rights of families or specifically the child and parents and in this case, a young mother and her child that risk being a menace to a society still undergoing a transition to solid a democracy.”.

“From there, whatever it is, we will have to sit together in court over the issue. But the only thing I am going to say for now is that it is absolutely untrue”.