ICPC Recovers Over N81bn Assets In One Year 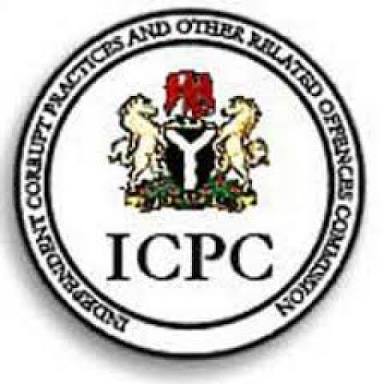 (AFRICAN EXAMINER) – The Independent Corrupt Practices and Other Offences Commission (ICPC) has recovered assets worth N81.23 billion In the last one year.

The Minister of Information and Culture, Alhaji Lai Mohammed disclosed this on Friday in Abuja at a media briefing to mark the first anniversary of the President Muhammadu Buhari’s second term administration.

Mohammed who said that the past one year of the administration has been momentous, stressed that the fight against corruption, a cardinal programme of the government had continued unabated

the canker worm of corruption.

In the breakdown of the recoveries by the ICPC, the minister said that N41.98 billion   was restrained on review of MDAs’ Personnel Cost Expenditure and Capital Development Fund.

The minister said that N 1.097 billion was recovered in completed constituency projects upon return of contractors to site,  N 0.865 billion Cash in Other Accounts and 1.113 million dollars cash in domiciliary account.

He said the Commission has also established a Constituency Project Tracking Group,

Mohammed said that the projects targeted are those with immediate impact on the livelihood of ordinary Nigerians.

“424 of such projects were tracked within the period under review, which led to the

completion of several abandoned projects and recovery of billions of Naira on some of the projects.

“Number of completed constituency projects in education, health, water resources, agriculture and other sectors increased to over 400 nationwide, from those that were

“Furthermore, over 300 contractors who had abandoned projects returned to site in various parts of the country.

In the area of prosecution, the minister said the Commission secured 25 convictions in

the past one year.

He said the commission received 1934 petitions within the period under review and concluded investigations on 588 petitions while 105 cases were filed in court.

He said 62 names were submitted to government for sanction in 2019.

“On its prevention mandate, the Commission reviewed the personnel and capital fund expenditure of 201 MDAs.

would otherwise have been diverted by MDAs mostly in health and education sectors,” he said

Similarly, the minister said that the Economic and Financial Crimes Commission (EFCC) has secured 1,270 convictions including high profile ones.

Mohammed said that the Anti-graft commission recovered huge amounts of money within the period under review.

He said the example was the liquidation and forfeiture of the P&ID Nigeria Limited to the Federal Government, after the conviction of the company for fraud and tax

The minister hailed the President for taking a bold step in signing  Executive Order Number 10 on the implementation of financial autonomy of the state legislature and judiciary,

He said the decision would strengthen the institutions at the state level and make them more independent and accountable in line with the tenets of democracy. (NAN)