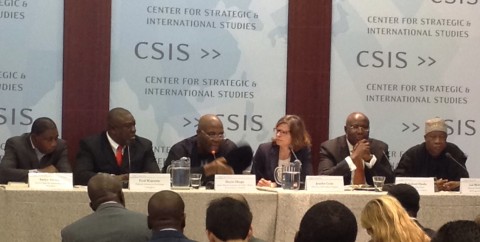 The Presidency and the All Progressives Congress (APC) have pledged to shelve their political differences and work together to make the 2015 election violence free. 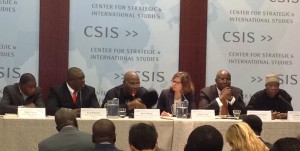 Dr Doyin Okupe, Senior Special Assistant to the president on Public Affairs and the interim national publicity secretary of the All Progressives Congress (APC) Alhaji Lai Mohammed gave the assurance in Washington, DC in a debate organized by the Center For Strategic and International Studies (CSIS).

In his words, Dr. Doyin Okupe explained that the opposition was desperate for power but should understand that Nigeria is bigger than any political party, insisting that all hands should be on deck for the betterment of the populace.

On his own part, Alhaji Lai Mohammed, the National Publicity Secretary, APC blasted the PDP insisting that the federal government was not doing enough to fight corruption, create jobs and reform the electoral process.

He insisted that the Independent National Electoral Commission (INEC) should adopt biometrics as a way to prevent rigging and flaws in the forthcoming elections.

By and large, the two parties came to a conclusion that the best way to ensure free and fair election is to adopt a bipartisan deal to tackle pre and post election problems.

As a result, both parties agreed to sign an undertaking to ensure that their supporters and party elders restrain themselves from actions that can jeopardize the unity of the country.